Home » Man In Court After Farting In Police Officer’s Face And Saying: “How’d You Like That?”

Stuart Cook, 28, broke wind as he bent over during the search after being arrested for cannabis possession in Aberdeen, Scotland

A driver deliberately farted at police during a strip search after being arrested for possessing cannabis, a court heard.

Stuart Cook, 28, was arrested at the scene of a crash in Aberdeen, Scotland, and was hauled back to the station, Aberdeen Sheriff Court heard.

The court was told he broke wind as he was bent over and told officers: “How do you like that?”

Depute fiscal Alan Townsend said police saw Cook standing next to a vehicle at the crash scene and talking to another driver.

The prosecutor said: “Officers approached him and smelled cannabis.”

Cook became “irate” when he was handcuffed and began shouting at officers.

When officers searched Cook and the vehicle, a small amount of cannabis was discovered.

Cook “screamed expletives” and “puffed out his chest towards officers” as he was being driven to the station, the court was told.

At the station he was strip-searched and told to bend over.

At a previous hearing, depute fiscal Lucy Simpson said he then“deliberately farted in the direction of the officer three times, stating, ‘how do you like that?’”

He pleaded guilty to behaving in a threatening or abusive manner by shouting and screaming aggressively, displaying aggressive body language.

Cook also pleaded guilty to making a lewd remark towards police and “intentionally flatulating” in the direction of police.

Defence solicitor Laura Gracie said her client had been involved in a minor traffic accident.

She said: “He had been smoking a cannabis joint at the time and felt police overreacted in the way they dealt with him.

“He became increasingly upset with them and acted in the manner libelled.”

Sheriff Ian Wallace ordered Cook to carry out 75 hours of unpaid work. He was given a caution for possessing cannabis. 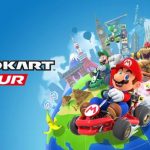 Mario Kart Tour Is Coming To iOS And Android Next Week 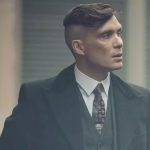