Police in Thailand’s southern province of Nakhon Si Thammarat are holding a Thai man for questioning, to try to establish his connection with a human trafficking gang responsible for smuggling 32 undocumented migrant workers from Myanmar, four of whom were killed and four others injured in a fatal road accident in the province yesterday (Wednesday).

The accident occurred on the Asian highway in Chulabhorn district.

The man, Niwat Watwan, who escaped injury in the accident, denied any involvement in the trafficking of the migrants, but several of them claimed that he was the one who handled them.

They all told the police that they had each paid a Myanmar broker 15,000 baht in advance to get them into Thailand, through a natural border crossing in Prachuap Khiri Khan province, after which they were to pay another 15,000 baht to the broker to arrange for their illegal entry into Malaysia to work.

Deputy National Police Chief Pol Gen Damrongsak Kittipraphat said today that police have not yet charged any of them with illegal entry, because they will first have to establish whether are to be classified as victims of human trafficking.

Human trafficking gangs in southern provinces have been active, due to the huge profits from the illegal trade, and there are many desperate people in Myanmar who want to escape economic hardship and unrest at home and try to get jobs in Thailand or Malaysia. 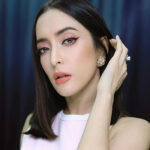 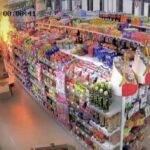