A German man has allegedly taken 90 vaccines in a bid to sell forged Covid cards to anti-vaxxers.

The 60-year-old was finally caught by police after going round vaccination centres across Saxony for months, it is claimed.

Many Covid deniers refuse to get vaccinated in Germany, but need vaccine passports to access restaurants, theatres, swimming pools and even workplaces.

The suspect, who has not been named and is from the city of Magdeburg, was stopped at a vaccination centre in Eilenburg after showing up for a jab for the second day in a row.

Several blank vaccine cards were confiscated from him by officers who put him under investigation for alleged document forgery.

It was not immediately clear what impact 90 shots of Covid vaccines, which were from different brands, might have on the man’s health.

Earlier this year, an Indian man was stopped trying to take a 12th dose of the vaccine in Bihar state. He claimed he hadn’t suffered any adverse effects.

German police have conducted many raids in connection with forgery of vaccination passports in recent months.

It comes amid infections rising for weeks, despite many pandemic measures ending on Friday.

Wearing masks is no longer compulsory in food shops and most theatres but it is still mandatory on public transport.

In most schools in Germany, students also no longer have to wear masks.

Health experts say the most recent surge of infections in Germany – triggered by the BA.2 omicron subvariant – may have peaked. 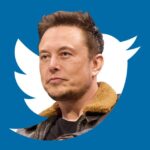 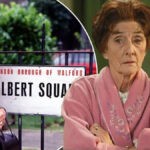