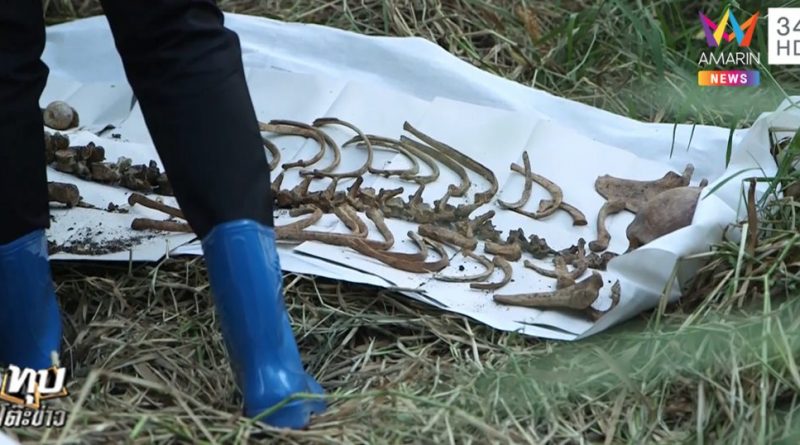 The Bang Na Police were notified of a Skull and Human remains on 1 December 2019 discovered behind a construction site in Soi Udomsuk 47, Bang Na, Bangkok. Officials went to inspect the area with doctors from Chulalongkorn Hospital and the local rescue team.

The human remains were found in a forest located behind a construction site. Officials walked about 20 meters into the forest where the skull was found. They searched the surrounding area and found other human skeletal remains, though it is still unknown whether they belong to the same body. Along with the human remains, officials found a short-sleeved T-shirt and short pants that were attached to parts of the skeleton. There was also a wallet with an ID card and an ATM card inside with the name Anurat Male 36 years old.

The person who first discovered the skull stated that he has been working and living at the construction site for months now. There is a forest right behind the workers camp in the construction site. Normally no one goes into the forest unless they are walking through to get to the swamp. Behind the forest was a swamp with fish inside. On the day of the discovery was his day off from work so he decided to go fishing. While he was walking through the forest to the swamp he saw the skull. When he realized that this was a human skull he quickly ran back to the construction camp and told his friends before calling the police.

It is yet unknown whether the skull and the skeletal remains belong to the owner of the wallet found nearby. Police are investigating the case to find out the truth about the mysterious human remains discovered in the forest located in Bang Na. 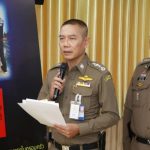