A man with Down’s Syndrome has been shot dead by police who said he was acting in a ‘threatening’ manner with a toy gun. Eric Torrell, 20, died in Stockholm when officers opened fire after he ran away from home. The toy looked like a machine gun, according to his mother, but was in actual fact just a toy.

He vanished in the middle of the night and his family reported him missing early yesterday morning. At 4am a witness reported hearing gunshots and seeing a body on the floor.

They told expressen: ‘When I looked out I saw policemen. They shouted that someone should lay down his weapon and lie on the ground. Then more police arrived and also an ambulance.’ He was shot by three officers and declared dead nearly two hours later at 5.45am. His father, Rickard, said: ‘I woke up because Eric was gone. I went out and looked for him. I saw police cars on the street. Three police officers shot him in his stomach.’ 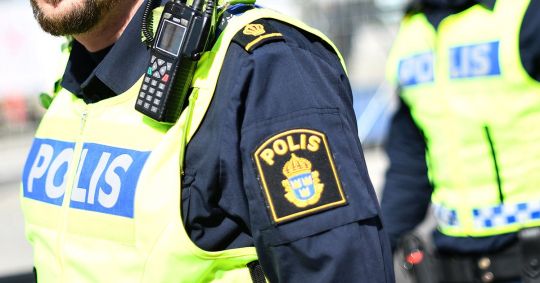 His mother Katarina Söderberg said: ‘We are furious because of their lying and making up things. “A threatening man?” He’s like a three-year-old.’ ‘It’s impossible to understand. He wouldn’t hurt a fly. He’s the kindest person in the world.’ The family added that he had autism and could not speak. Police described it as a ‘threatening situation’ and an investigation has now been launched into his death.