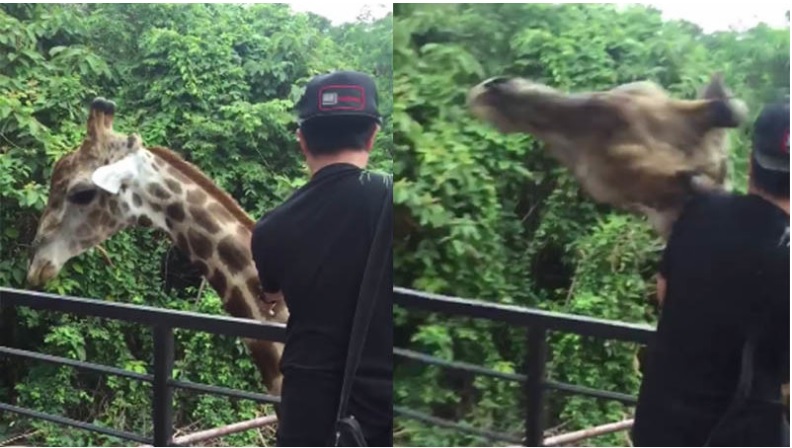 A Thai man who was headbutted by a giraffe at Khon Kaen Zoo admitted on the internet that he’s a total idiot, after reports of his stupidity went viral.

Surakij Suppachockchai, 30, was on a date with his girlfriend at the zoo on Sunday. As he attempted to pet the giraffe, the animal showed its displeasure by delivering a swift headbutt.

“I was excited and happy so I tried to pet it. The giraffe looked annoyed, and then it headbutted me,” Surakij spoke of the giraffe attack to Sanook.

He ended up with scratches on his left shoulder, but he said he was okay and left future zoo-goers with some useful advice.

“Don’t get too close to the animals. We love animals, but maybe they don’t love us back,” he said, smirking.

And it’s not just netizens that are laughing, Surakij himself was amused by the whole thing. He made light of the situation by admitting he was stupid.

“What kind of person gets headbutted by a giraffe?” he captioned the video to mock himself.

He also called himself “such a buffalo,” a Thai euphemism for an idiot. 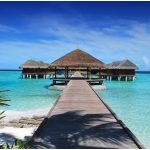 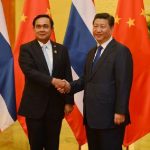