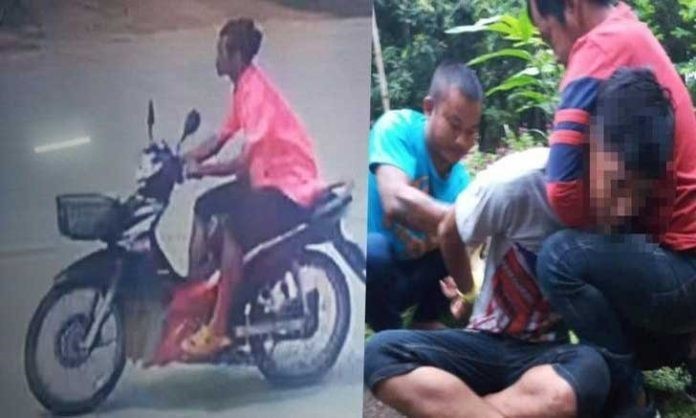 A Thai man got fed up waiting for the police to act so went after the man who stole his motorcycle himself.

It meant a long journey from Chonburi to Phrae in the north but he got his man in a head lock in the end.

Then he handed him over to the police in Chonburi.

Sanook went to investigate after a clip was widely viewed on Facebook.

They spoke to Nattaporn, 33, who said that the man at the center of the arrest was her husband Thongbai, 32.

On September 21st a 19 year old neighbor called Pitchaya had approached her husband at work wanting to borrow his motorcycle.

Thongbai refused but soon thereafter the bike went missing and there was only one suspect.

Thongbai went to the Chonburi cops who said bring us more evidence.

He got that in the form of CCTV but still the police wouldn’t act without a warrant.

Fed up with their foot dragging he teamed up with an elder brother and his girlfriend and headed to Phrae after finding out that the suspect was probably there.

So it proved and then the suspect was taken back to Chonburi and handed over to the cops.

Commenting on the story on Sanook “Jack” said it best: “He was better than the police – it’s embarrassing”. – Sanook 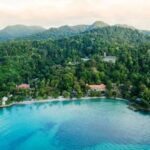 Resort must ‘lighten up’ over bad review, say THA 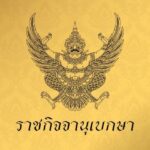