Home » Man arrested for having unnatural sex with cow

REPEAT OFFENDER: Accused revealed that he has sodomized cows multiple times in the past

A 22-year-old man was arrested by Meghaninagar police on Sunday for sodomizing a cow. He was caught in the act by the owner of the cow near the airport area.

A complaint was lodged against the accused, identified as Lalo Patni, by the cow owner Gobar Desai. Patni is a resident of Kumbaji ni Chali and works as labour at a construction site.

As per police, Patni was caught in the act on Sunday afternoon at around 2 pm near the Air Cargo Complex on Bhargav road. Desai, who lives in Meghaninagar and owns four cows, realized that one of his black cows was missing.

When he went out in search for it, he found the cow sitting near the back wall of the airport and a man with his pants half down having sex with it. Desai immediately rushed to the spot, caught the man and thrashed him.

Desai then called up the Ahmedabad Police control room, following which Meghaninagar police reached the spot and arrested Patni.

Speaking about the case, Nirajkumar Badgujar, DCP Zone-4, said, “The accused is a pervert. Around 10 days ago, Desai’s friend informed him that a man was sodomizing his cows, but he dismissed him as a rumour.”

During the investigation, the accused has revealed that he has sodomised cows 5-6 times in the past.

“We have booked him under Section 377 of Indian Penal Code (IPC) and further investigation is going on,” he added.

CAUGHT IN THE ACT 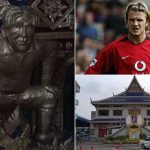 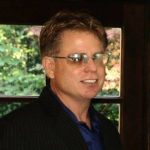