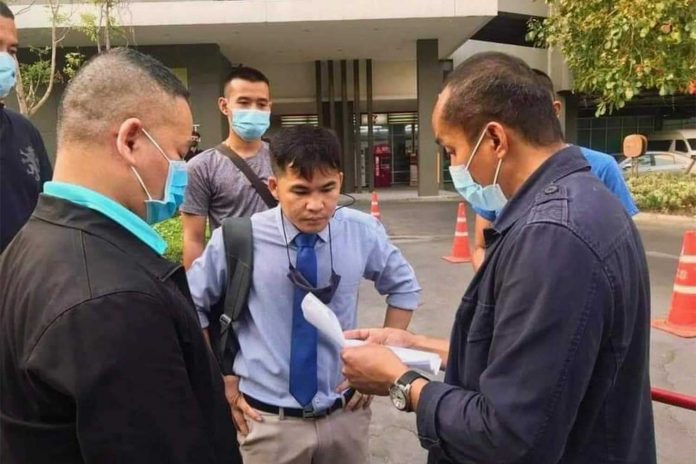 A man accused of committing lese majeste in Chiang Mai has been arrested in Nonthaburi.

Pornchai was wanted on an arrest warrant issued by the Chiang Mai Provincial Court for alleged lese majeste and computer crime.

He allegedly committed the offences in front of Maejo police station in Chiang Mai.

The suspect is also alleged to have spray-painted the fence outside the Royal Thai Police Office on 18th November last year, and allegedly also set fire to a picture of His Majesty the King and other material in front of the Criminal Court on Ratchadapisek Road on 6th March, Pol Lt Gen Wimolsupawong said.

He allegedly posted photos and videos of his actions on Facebook, using the account name Mario Chinrxe.

During interrogation, Pornchai denied all charges and refused to give a statement. He was handed over to Maejo police station.

Police were preparing their case to support an application for arrest warrants for the alleged offences in Bangkok.

On 6th March, anti-government protesters marched to the Criminal Court on Ratchadapisek Road to express their anger at the detention of pro-democracy protesters.

They gathered in front of the court building, which was surrounded by barbed wire. A handful of small, symbolic fires were set and quickly put out by volunteers – but not before some people had set fire to royal pictures.

The protest, led by the REDEM (Restart Democracy) group, was one of four anti-government rallies in Bangkok and Nonthaburi on 6th March.

Earlier, singer and political protester Chai-amorn Kaewwiboonpan, 31, aka Ammy The Bottom Blues, was charged with arson and lese majeste over the burning of a large portrait of His Majesty the King outside Klong Prem Central Prison in Bangkok.

Pol Lt Gen Wimolsupawong said investigators at Prachachuen police station have applied for a court warrant to arrest a woman who is close to the singer, on a lese majeste charge.

The woman was believed preparing to flee and police were tracking her down, the police chief said.

A summons would be issued for another suspect in the case, he added. 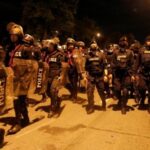 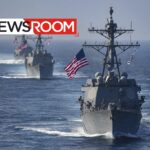 Thai Woman Appears In US Court Accused Of Defrauding Navy