Malaysia will re-open to all vaccinated tourists from April 1, authorities said Tuesday, joining a growing number of countries removing restrictions in an attempt to live with Covid.

The tourism-reliant Southeast Asian country, known for its white-sand beaches and lush rainforests, shut its borders in March 2020 but will now require only a negative Covid test to enter.

“The government has decided to open its borders on April 1, 2022,” Prime Minister Ismail Sabri said in media briefing.

“We believe this decision will boost our economy and help revive our ailing tourism sector.”

The re-opening comes despite Malaysia reporting more than 25,000 infections a day in recent weeks, though most cases have been mild.

Its decision mirrors those of neighbouring nations including Singapore, Thailand and the Philippines that are progressively easing entry rules to lure back tourists.

Malaysia-based AirAsia, one of Southeast Asia’s top budget airlines, called the move “timely” and said it “will provide a strong impetus” for recovery in tourism and aviation.

Group chief executive Bo Lingam told AFP the carrier hoped to move around a million passengers in the first week.

Vaccinated travellers will not be subject to quarantine but will need to produce a negative PCR test two days before arrival and take an antigen test in the 24 hours after entry.

Previously only travellers from Singapore were allowed quarantine-free entry.

Malaysia has recorded more than 3.6 million Covid cases to date with more than 33,000 deaths.

About 80 percent of the country’s 32 million population have been fully vaccinated. 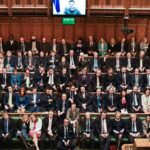 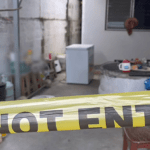