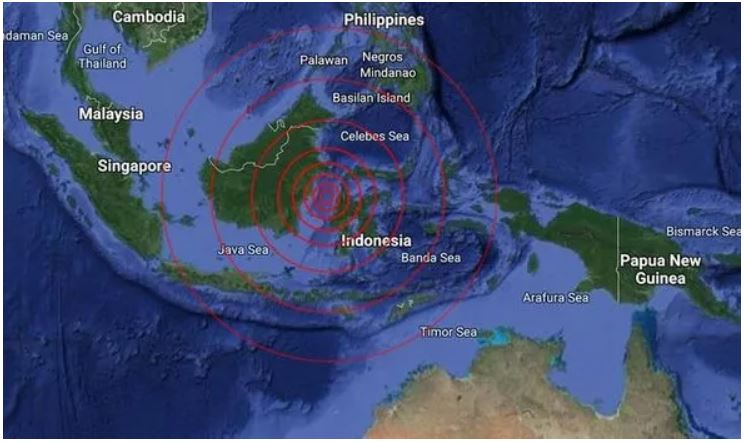 MORE than 200,000 terrified people have fled to higher ground fearing a major tsunami as Ternate city in Indonesia was hit by a massive 7.1 scale earthquake yesterday

The 7.1 magnitude quake struck off the northeastern coast of Indonesia’s Sulawesi island on Sunday, prompting authorities to issue a tsunami warning.

Indonesia sits on the Ring of Fire where about 90 percent of the world’s earthquakes occur.

The quake caused panic in the city of Ternate, which has a population of 200,000, where people ran to higher ground.

The earthquake struck out at sea at a depth of 10 kilometers, according to Indonesia’s geophysics agency.

The United States Geological Survey (USGS) put the magnitude at 6.9.

There were no immediate reports of casualties or damage.

The Ring of Fire is a horseshoe-shaped area around the edges of the Pacific Ocean.

More than 450 volcanoes are located along the Ring of Fire and it is where about 90 percent of the world’s earthquakes occur.

The activity is caused by the amount of movement of tectonic plates. 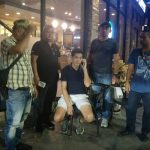 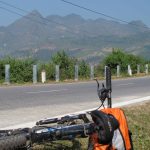 US$7 MILLION of HEROIN dumped beside Thai road