The mail in Thailand and the reason it’s not delivered. A Facebook poster put pictures of what they found in some waste ground north of Bangkok.
A whole bunch of letters and packages meant to have been delivered in the mail. 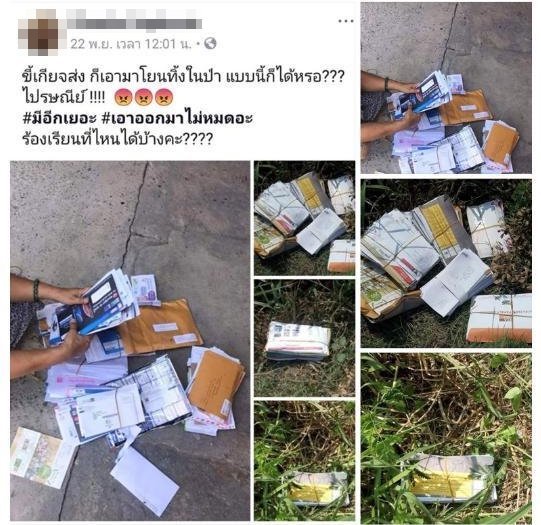 Sanook reported (a Bangkok Jack Report) that Rangsit post office were refusing to comment further as an investigation was underway.

The poster refused to comment further in fear of consequences, according to a friend

How to Avoid Dengue Fever in Asia