Six company employees fled for their lives when the van they were travelling in erupted in flames on a road in Bang Phli district on Tuesday night.

Police said the incident was reported shortly before 10pm and occurred near kilometre marker 20 on the Bangkok-bound frontage road alongside Thepparat road (Bang Na-Trat highway).

The van was already engulfed in flames when two fire engines and rescuers arrived from Bang Chalong. It took firefighters over an hour to extinguish the blaze.

Shortly after setting out on the journey he heard an explosion in the engine compartment, followed by smoke, and then flames that quickly spread through the van, which was fuelled by LPG.

He stopped the vehicle and he and his passengers fled from the van. All escaped unhurt. The van was destroyed.

Russians trapped on a Thai island as war rages in Ukraine 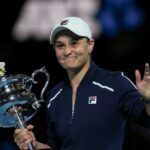