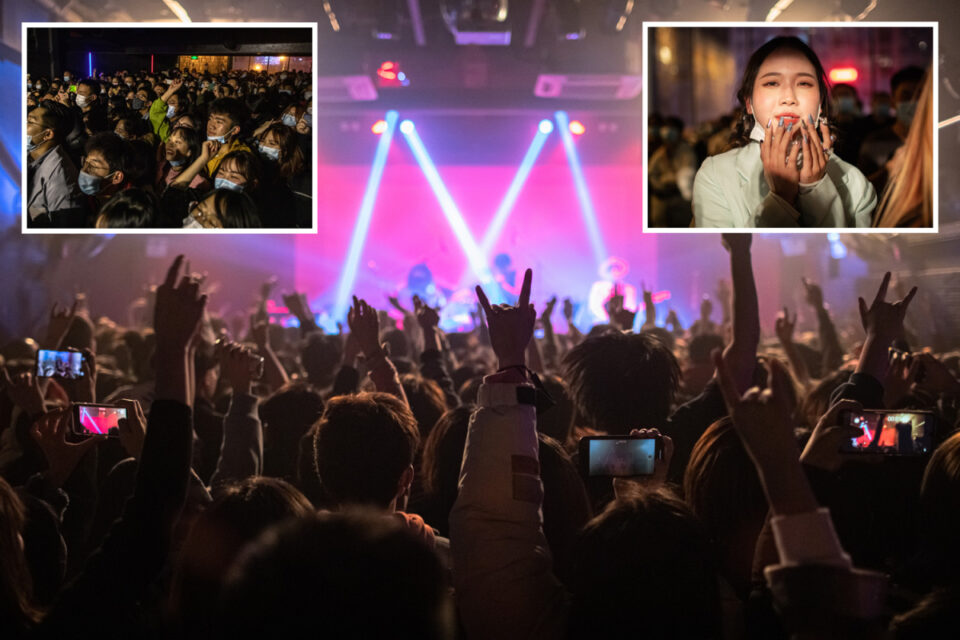 IMAGES have emerged showing partying youngsters in China’s ex-Covid epicentre cramming into nightclubs — while the rest of the world scraps its New Year’s Eve parties.

A year ago today a Covid-19 outbreak was reported in the Hubei province city of Wuhan, which was to spread around the world and kill more than 1.8million people.

But remarkably it has not reported a new locally transmitted case of the disease since May 10 — after lifting one of the strictest lockdowns in the world seven months ago.

In scenes unimaginable in many cities around the world, young Wuhan residents have been hitting the nightclubs and concert venues to toast the New Year.

Thousand have gathered at popular landmarks across the city centre for the countdown to 2021.

Some said they were being cautious, but weren’t particularly worried.

Outside, maskless partygoers were seen spilling onto the streets and while some wear masks, others either have them pulled down or not wearing one at all.

‘NO CASES SINCE MAY’

It appears as if Covid-19 never struck the city this time last year, leading to an ultra-strict shutdown.

The city of 11 million was shut off from the rest of China in a surprise overnight lockdown beginning January 23.

Roadblocks were erected and planes, trains and buses were barred from entering the city.

But after lockdown was lifted images have emerged showing hundreds of people packed shoulder-to-shoulder at a water park music festival.

And when nightclubs reopened last month, they were packed to the rafters.

Scientists believe that Covid-19 first originated in bats before spreading to humans in Wuhan, possibly at one of the Chinese city’s so-called wet markets.

Conspiracy theories about its origins persist however, with governments suggesting it may have come from the Wuhan Institute of Virology lab. 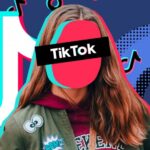 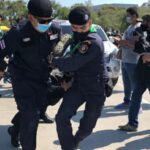