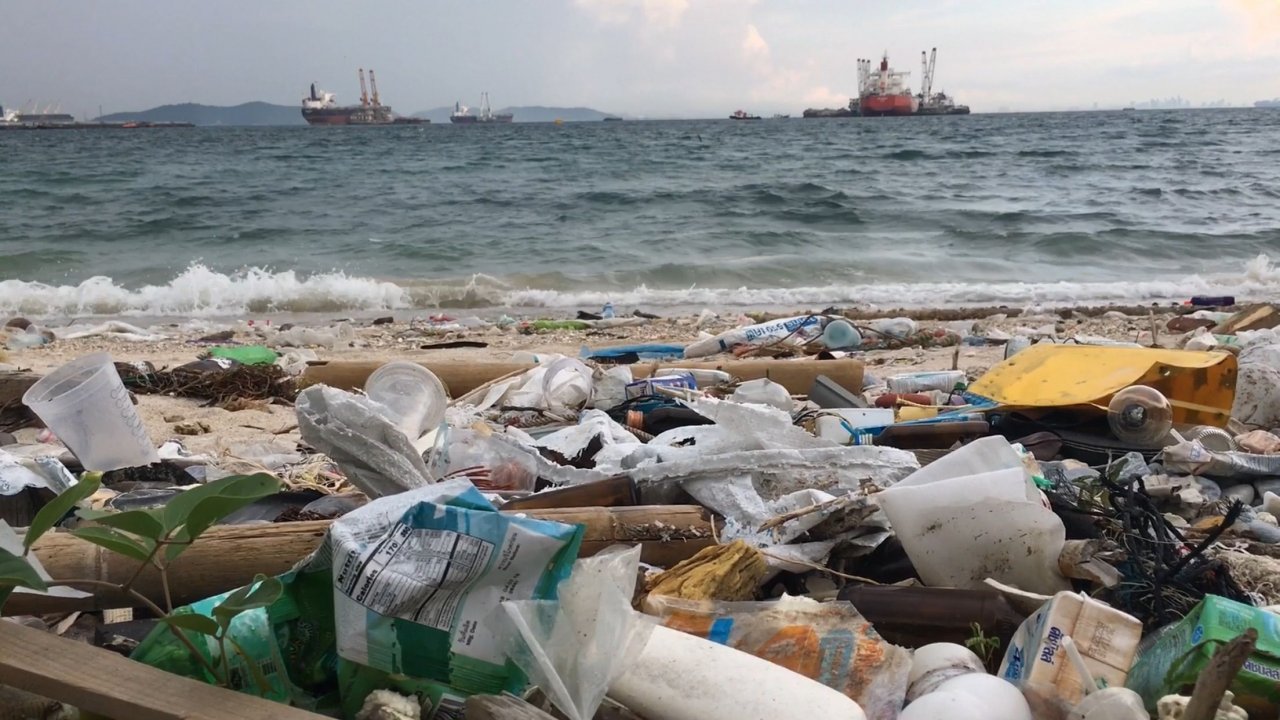 The previously picture-perfect Haad Ngu beachfront on Koh Sichang in Chon Biri province has been tarnished by the sight of a large amount of garbage thrown around carelessly, prompting locals to call on officials to clean it up once and for all, a source on the island said on Sunday morning.

The Nation inspected the scene to confirm the presence of the trash, most of which consisted of plastic bags and bottles.

Koh Sichang Municipality mayor Damrong Petra said his office had regularly sent workers to clean up the 100-metre beach and he believed the trash must have come from boats that anchored there or those passing by because the beach had no residential homes. He said the municipality planned to turn the beachfront into a tourist attraction as it normally had pristine white sand and clear blue seawater but the issue of trash persisted because of “some people lacked a good conscience and just threw litter into the sea”.

He said workers had sometime retrieved large black bags filled with garbage after they were swept ashore.

He urged people not to throw garbage into the sea as doing so could destroy the environment and tarnish Koh Sichang’s image.