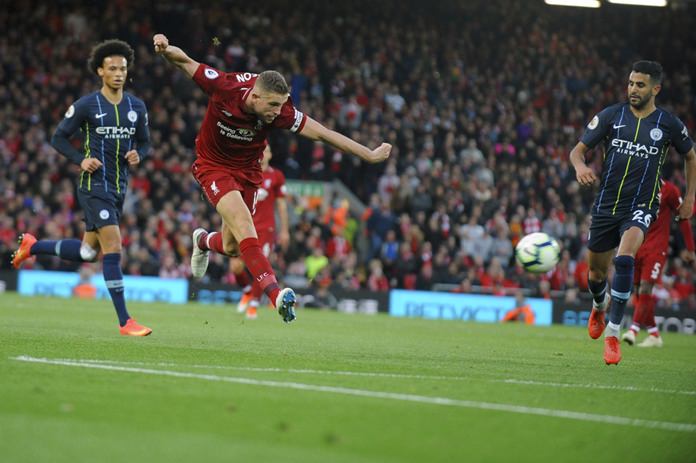 Premier League title favorites Liverpool and Manchester City can usually be relied on to provide open and expansive games with goals aplenty. Sunday’s 0-0 draw at Anfield, however, was a drab affair that only came to life in the closing stages.

City substitute Leroy Sane was sent sprawling by Virgil van Dijk with five minutes remaining and, just when it seemed as though the visitors might snatch victory, Riyad Mahrez sent his penalty sailing way over the crossbar.

It was the former Leicester forward’s third penalty miss in six attempts and summed up a match that failed to live up to expectations.

“He had the courage to take the penalty, in training he shoots perfect penalties, but sometimes it happens,” City manager Pep Guardiola said. “Last season we lost here, and this season we drew, maybe next season we will win.”

The result left both unbeaten teams locked together with Chelsea at the top of the standings on 20 points from eight games, two ahead of fourth-place Arsenal, who are level on points with north London rivals Tottenham.

Eden Hazard was the inspiration as Chelsea, also undefeated this season, cruised to a 3-0 victory at Southampton.

In Sunday’s other game, Alexandre Lacazette and Pierre-Emerick Aubameyang each netted twice as a resurgent Arsenal enjoyed a sixth straight league victory with a 5-1 rout of Fulham at Craven Cottage.

Liverpool and City canceled each other out as they shared their first 0-0 draw at Anfield since 1986.

City were also denied a penalty claim in the 20th minute when Sergio Aguero appeared to be fouled by Dejan Lovren but, that incident apart, there was little to get the crowd excited in the first half.

Mahrez let slip a good chance on the hour when he shot wide when well placed in the penalty box.

Mohamed Salah, who failed to score in a league match at Anfield for only the second time since Dec. 26, then fired over the crossbar at the other end nine minutes later.

Liverpool have had three high-profile matches in the last 1½ weeks, two against Chelsea and one against Napoli, and their recent exertions seemed to have had a negative effect on the team.

“I would say we were 90 percent spot on … but it has come after a tough period,” manager Juergen Klopp said. “If you play City you have to be 100 percent spot on and confident. You cannot rest in a game like that, but if there is any chance to rest, it is with the ball.”

Hazard bagged his seventh league goal of the season, after good work by Barkley, to give Chelsea a first-half lead at Southampton.

Barkley made it 2-0 after an acrobatic cross-shot from Olivier Giroud before Hazard sent substitute Alvaro Morata racing clean through for the third goal in stoppage time.

“We are enjoying playing well and scoring goals,” Hazard said. “The first half was not so easy, they missed big chances … but we controlled the match in the second half.

Lacazette produced a neat turn and shot to put Arsenal ahead in the 29th minute, but London rivals Fulham were back on level terms 15 minutes later thanks to Andre Schuerrle.

Arsenal then impressively moved through the gears in the second half, with another goal from Lacazette, one by Aaron Ramsey and Aubameyang’s late double piling on Fulham’s misery. 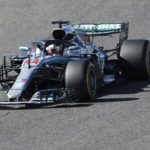 Hamilton cruises to win at Japanese GP, closes in on title