Home » Life has changed and there is NO GOING BACK

If you think the COVID-19 LOCKDOWN is bad enough then think again. Because what is coming next is far, far worse.

Everybody is wondering, or should be wondering, when this is all going to end. How long will it be before life returns to normal, without risking a return of the invisible menace which, as we keep being told, may overwhelm all of us.

Unfortunately, or in some cases fortunately, life is never going to return to normal. Not as we have been used to. There is going to be a new normal from now on.

So-called experts are already explaining how citizens of the world now face mass digital surveillance, and health testing on an unimaginable scale. And constant social distancing.

In the future we will all be living on the set of some sort of weird, badly made, 1970’s science fiction movie. Some say we already are.

Something like the citizens portrayed in Planet of the Apes. Unaware, unconcerned, incurious and totally submissive to authority. Utterly defeated.

And three new reports, from the American Enterprise Institute, the Center for American Progress, and Harvard’s Safra Center for Ethics outline how.

All three offer slightly different conclusions but ultimately agree that ‘life will never fully return to what we understand as normal until a vaccine is distributed widely and drastic interventions are added to our way of life.’ By intervention, I believe they mean interference.

All three reports call for a period of lockdown, which will only be lifted after certain conditions are met. For AEI, restrictions would ease region-by-region but only after that region has recorded 14 days of falling daily new case numbers.

For CAP, the lockdown will continue for 45 days, while for Harvard, the most draconian, it will last three months.

How submissive are we feeling? This, of course, will be dealt with by cranking up the fear factor. That’s what the Liberal Media are for. That’s where the BBC and CNN will earn their corn.

Some believe that is the only reason they, and their like, have been kept afloat anyway.

But, back to the aftermath and recovery. Once restrictions ease, with schools and some non-essential businesses reopening, all three reports say that massive testing would be needed, ranging from 750,000 tests per week for the AEI report, to an astonishing 100 million daily tests in a Harvard whitepaper.

The CAP report also proposes a stunning nationwide system of digital surveillance using cell phone location data to track everyone’s movements. But, obviously we are already being told that this is to monitor our potential exposure to known cases and keep us safe.

Such a system, deployed with success in authoritarian China, should be certain to raise difficult questions about privacy and individual liberty. But, by then, you will have surrendered all of that.

Well, you already have. Without so much as a few simple questions and with no real evidence to support what you are being told at all.

So, while they differ in their details, the common points in the three reports are striking.

Until there is a vaccine, gatherings of more than 50 people should be banned, and remote working must be continued where possible even after lockdowns end, they all agree.

Those over 60 or ANYBODY with health issues will still be ‘encouraged’ to isolate at home.

And a global system of random testing will be imposed and vaccines will be compulsory, whatever is in them.

Just as Last Man in London predicted five years ago, in fact.

With a safe and effective vaccine more than a year away it is obvious that even under the best case scenario, life will not be returning to whatever we think is normal, any time soon.

Actually, there is no going back now. Life has changed. Don’t take my word for it. Do your own research and read those three reports to see for yourself what the new plan is for all of us.

And once you have, then you can’t say I didn’t warn you. 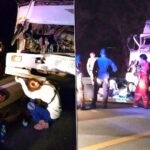 Man falls asleep behind the wheel, 2 friends jumped out in fear 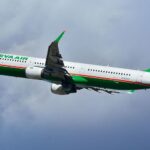