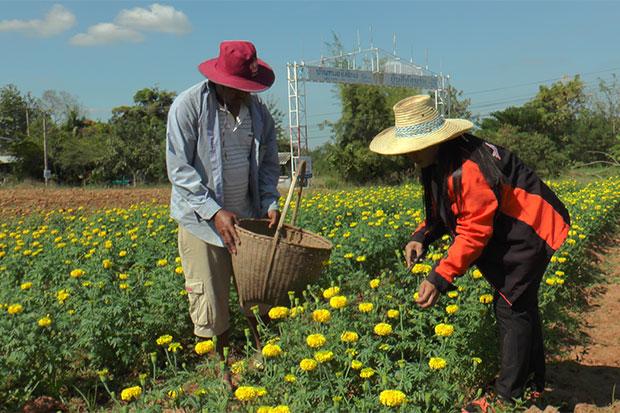 The lives of two siblings who worked as day labourers, struggling to make ends meet, have taken a happy new turn since they began raising marigolds in Muang district of this northeastern province.

Wannee Srirung, 47 and her brother Seree Senachan, 44, of Nong Phaiyai village in tambon Chum Hed, said that as casual workers they earned only 200 baht or so each day. This was not enough to adequately care for their families. So they took a punt, and turned their Two-Rai of land into a marigold farm. A crop of these glorious yellow flowers now earns them 40,000-50,000 baht a rai. As marigolds are fast-growing plants they can grow three harvests a year, and earn at least 200,000 baht selling the blooms, which are not only decorative but are in high demand by garland makers.

Now, after planting marigolds for five years, they have purchase orders from regular customers. Demand for the flowers remains high, particularly during festivals.
Mr Seree said he had earlier tried growing rice and also worked as a hired farmhand, but the money was never adequate. His rice field also faced flooding and drought, disease and uncertain prices for the grain.

His sister Wannee had shifted to planting marigolds first. On seeing she was soon earning a handsome profit, he quickly decided to follow suit. His family now has a stable income – thanks to marigolds, the 44-year-old said.
Ms Wannee said she had previously worked in a sewing factory and was paid 200 baht a day. It was never enough to support her family.

For the first year of farming marigolds she had a problem finding buyers, she said. But the problem was quickly solved, and now her flowers are sought after. Flower vendors are her regular customers and she can now earn at least 200,000 baht a year from marigolds.  Source: Bangkok Post 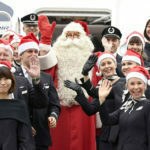 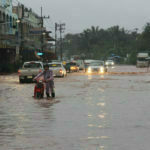