About 30,000 rape cases are reported in Thailand every year, according to Pheu Thai Plus think tank’s secretary

Prison terms aren’t working, he says, but giving a release to sexual urges might. However, a women’s group has dismissed his call as ‘irrelevant’

A Thai MP has proposed legalising sex toys and pornography as a way to cut rape offences and other sexual assaults.

Treerat Sirichantaropas, a spokesman for a committee tasked with combating rape, said in a Facebook post on Monday he believed legalising pornography and sex toys would help to cut the number of sexual assault cases reported in the country.

Treerat, who is also secretary of the Pheu Thai Plus think tank, said about 30,000 rape cases were reported every year, the majority of them filed by victims aged between 15 and 19 years.

Pornography and sex toys are taboo in Thailand’s conservative and hierarchical society, and dissemination of pornographic materials over the internet is a criminal offence punishable with jail terms of up to five years and fines up to 100,000 baht (US$3,300).

Though some pornography filters through on the internet, the government does its best to block offending websites.

Treerat argued that legalising sex toys and pornography would “be one way to reduce rape” as it would give perpetrators a release for their sexual urges.

He said convicted rapists didn’t usually receive adequate jail sentences, meaning they were likely to repeat the crime once they were released from prison.
“

We need to reconsider whether our criminal sentencing is harsh enough and can tackle the problem,” Treerat said. “A prison term does not reduce rape statistics.”

However, the Foundation for Women’s Programme Director Usa Lerdsrisuntad said Treerat’s proposal of legalising pornography was at best “irrelevant”.

“There is available pornography on the internet. There is also private use of pornography among couples, for example. It cannot be said that legalising pornography or sex toys would increase or reduce rape cases.”
Usa said rape was not primarily about sexual urges but about power.

“Rape is the result of the power structure between the rapist and the raped,” said Usa. “Most rape cases occur among young people aged between 15 and 18 and most rapists think the crime is petty because it is committed against youths. This is why they tend to repeat it.”

Usa said she was concerned that legalising pornography and or sex toys would have a negative effect on juveniles and possibly even lead to a rise in rape cases as doing so would contribute to a “lack of awareness on gender equality”.

Thailand’s official statistics on rape can paint a confusing picture. Usa said that according to the Court of Justice, of the rape cases involving girls under 18 reported in 2015, more than 4,000 went to trial and of these more than 2,000 involved girls aged under 15.

The Public Health Ministry in the same year reported almost 5,000 girls had been sexually harassed, while the figure provided by the Police Headquarters was only 2,800.

Usa said many of the victims did not file a police report as their rapists were usually someone they knew, such as a neighbour or someone at school.

In 2013, a study by the United Nations of 10,000 men in six countries across the Asia-Pacific region found nearly one in four acknowledged raping a woman.

Last year, the Thai police confiscated hundred of sex toys from roadside stalls along the tourist’s avenue of Sukhumvit in downtown Bangkok worth two million baht. 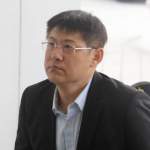 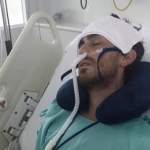