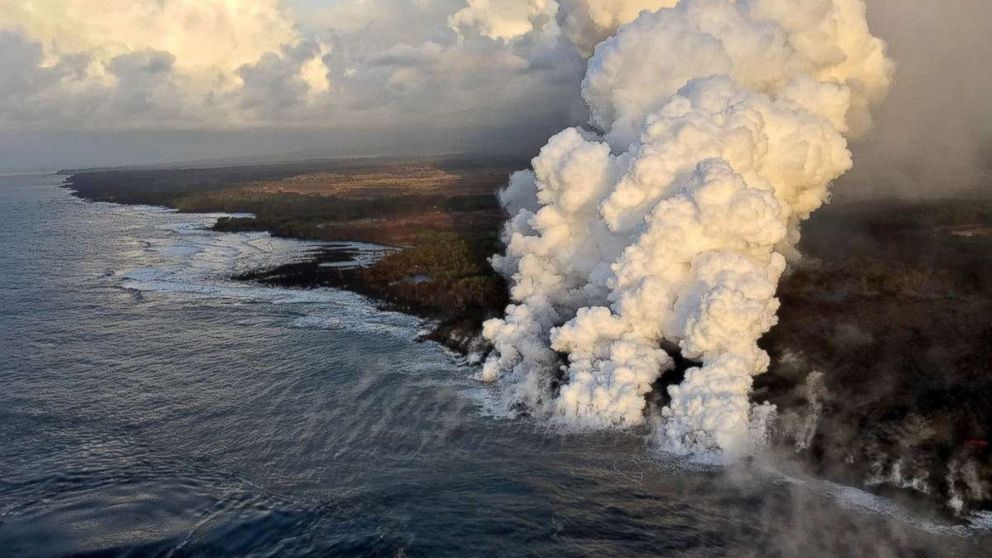 A projectile from the Kilauea volcano in Hawaii struck a boat carrying people watching lava from the two-month-old eruption, injuring 23, the fire department said.

Thirteen of them required hospitalization and the rest were treated at a harbor when the boat engaged in a “lava tour” returned to the Big Island, also known as Hawaii.

Lava flowing into the Pacific is a spectacular sight, producing a foggy haze known in Hawaii as “laze.”

One woman was in serious condition with a fractured femur.

The total number of people on the boat was not immediately known, the Hawaii County Fire Department said.

In the early morning incident a “lava bomb” punctured the roof of the boat and damaged a railing, the department said. It gave no further details.

“It was an explosion, basically,” said Janet Snyder, a spokeswoman for the county mayor, told the Tribune Herald newspaper. “It punctured a hole right through the roof of the boat.”

She described the boat as “covered with lava.”

The eruption has destroyed hundreds of homes since it began on May 3.

Kilauea is one of the world’s most active volcanos and one of five on the island.

One of the most active fissures, number 8, continues to erupt and its lava has formed a small “island” a few meters from the coast, according to the United States Geological Survey (USGS).

It is very likely that it is part of the flow of fissure 8 that is entering the ocean, the USGS says.

Lava has engulfed an area of about eight square miles (20 square kilometers) since the volcano began erupting.

Scientists believe that volcanic activity can be a precursor to a major eruption, similar to a Kilauea eruption in the mid-1920s. 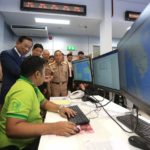 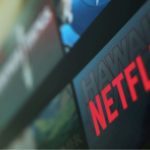