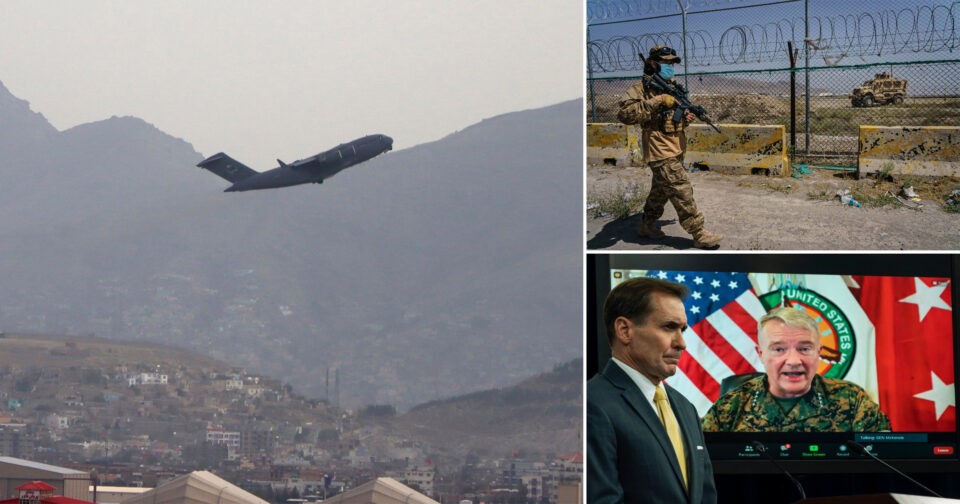 The US’s evacuation mission in Afghanistan has concluded, as Pentagon officials announced that the last C-17 military plane departed the Kabul airport.

‘I’m here to announce the completion of our withdrawal from Afghanistan and the end to the military mission to evacuate American citizens, third-country nationals and vulnerable Afghans,’ Marine Corps General Kenneth McKenzie, commander of US Central Command, said during a Pentagon briefing on Monday afternoon.

The last C-17 lifted off from Hamid Karzai International Airport at 3.29pm ET, according to McKenzie, which is 11.29pm in Kabul.

‘The last manned aircraft is now clearing the airspace above Afghanistan,’ McKenzie said, adding that officials would release a photo of the C-17 leaving.

‘While the military evacuation is complete, the diplomatic mission to ensure additional US citizens and eligible Afghans who want to leave, continues.’

The Pentagon’s announcement that the last US troops had left Kabul came shortly before the August 31 withdrawal deadline agreed upon with the Taliban.

Witnesses in Kabul reported that the Taliban celebrated with gunfire upon hearing that the last US flight had gone.

The US concluded its withdrawal four days after a suicide bombing outside Kabul airport claimed by ISIS-K, the Afghan affiliate of Islamic State, that killed 13 US service members.

Their remains were flown to Dover, Delaware, on Sunday, with President Joe Biden present to pay his respects.

The last hours of the evacuation mission were filled with tension, as US troops tried to get evacuees as well as themselves and their supplies on board. There was an ongoing threat of more terror and rocket attacks.

McKenzie did not directly address questions around how he felt leaving Afghanistan to the Taliban after 20 years of war.

‘No words from me could possibly capture the full measure of sacrifices and accomplishments of those who serve, nor the emotions they’re feeling at this moment,’ McKenzie said. ‘But I will say that I’m proud that both my son and I have been a part of it.’

White House Press Secretary Jen Psaki in her briefing earlier on Monday did not disclose details when asked if the mission would wrap up on Monday or on the deadline day Tuesday.

‘Without getting into special operational details, I think you all can expect and the American public can expect to hear from the president in the coming days,’ Psaki said, adding that she did not have a date and time.

NO vaccine need for eating inside restaurants or eateries 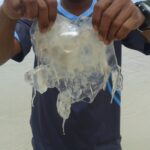