Seven Lao women were yesterday arrested for prostitution in Phetchabun.

Immigration Bureau’s Division 5 conducted a search at a resort located in tambon Nam Choon in the tourist district of Lom Sak after receiving a tip-off that sexual services were being offered.

One was charged with procuring others to offer sexual services while the six others were charged with solicitation.

The seven women entered the country legally, according to immigration police, who also revealed they had charged clients 1,000-2,000 baht for sexual services.

Pol Maj Gen Chamnarn said they will face justice in Thailand and will be blacklisted from entering the country.

Police in Phetchabun are ramping up efforts to curb prostitution as they fear it risks undermining the town’s growing tourist industry.

Lom Sak district, in particular, has seen many arrests, including those of underage girls who had worked as hostesses in small karaoke bars. 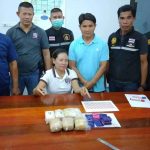 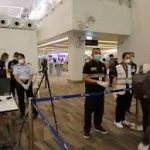