Lao Double Murder: A LAO MAN was arrested in Mukdahan province on Sunday night while waiting to cross the Mekong after fleeing Samut Prakan where he had allegedly robbed and killed a grocery store owner and her granddaughter’s friend earlier in the day.

Mukdahan immigration police were joined by troops in arresting the suspect Phoula, 22, in Muang district while he was drinking beer in front of a grocery store in Ban Na Po Noi village on the banks of the Mekong River, waiting for a boat to ferry him back to Laos.

Police charged him with the murder of Mali Imsawat, 67, and her granddaughter’s 12-year-old girl friend at Mali’s house, which also doubled as a grocery store, in Phra Pradaeng district. He was also accused of slashing the throat of Mali’s nine-year-old granddaughter, who was severely injured in the attack.

Phoula smiled for the cameras after his arrest, calmly admitting to police that he had indeed committed the crimes and had acted alone.

The suspect said he had taken a methamphetamine pill and had got the idea of stealing cash from the old woman while he was high. He said he was a regular customer at the store and believed the old woman had a lot of cash with her.

Phoula said he entered the house at about 3am and spotted the woman’s pet cat. As it made loud meows, he grabbed a knife from the kitchen and “tested its sharpness” on the cat by slashing its throat.

Phoula said he then took a motorcycle taxi from the mouth of the soi to Big C’s Phra Pradaeng branch and took a taxi to Morchit Bus Terminal.

He bought new clothes to change into, leaving his blood-stained clothes in a toilet.

The Lao man said he paid a bus driver Bt1,000 to drive him to Mukdahan, saying he had no travel documents and wanted to go back to Laos. He reached Yasothon at 2pm and sold a gold necklace he had stolen from Mali for Bt7,500. He gave Bt300 to the bus driver who took him to buy a ticket to Mukdahan. Phoula reached the northeastern border province at 7.30pm and, while waiting for the Bt1,200 transport arrangement to materialise and take him back to Laos, he was arrested.

In the meantime, grief-stricken relatives collected the bodies of the two victims from Police General Hospital’s Institute of Forensic Medicine on Monday afternoon.

Mali’s daughter, the mother of the nine-year-old slashed by the suspect, said her child had regained conscious but was placed on respiratory aid and was unable to talk yet due to the serious injury. The apparently traumatised girl was crying and wrote on a paper: “grandma” and “sorry” – the latter note, indicating she had seen everything and felt guilty that the two had died, the mother said.

The woman said she usually stayed with her daughter and Mali at the house but she was not there that night. She said she would relocate the girl to live and study elsewhere to help her recover from the trauma. She said the Lao man was Mali’s regular customer from the neighbourhood who was known to be abusive to his wife. She said the crime seemed premeditated.

The grandmother of the deceased girl broke into tears, saying she usually wouldn’t allow her grandchild to go for a sleepover but this time she could not resist the girl’s repeated requests. She wanted police to bring the suspect to apologise in front of the girl’s body, as the family wanted to know why he had killed her.

The two victims’ funeral ceremony was held at Wat Bang Krajao Klang before cremation on Friday. 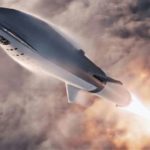