Home » Korat man allegedly kills wife, then himself after she ‘wants a divorce’ 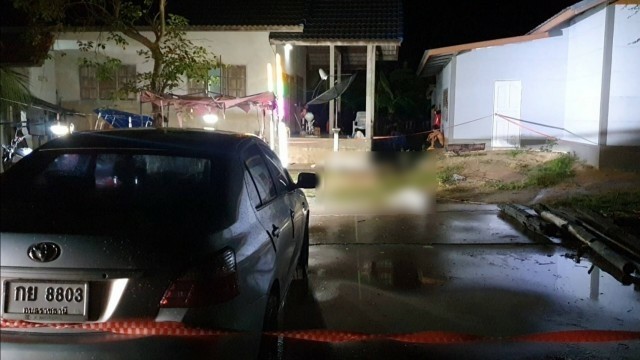 Korat man allegedly kills wife, then himself after she ‘wants a divorce’

A Korat man allegedly shot his wife dead then turned the gun on himself after the woman was said to want a divorce.

Khong Station police were alerted to a shooting on Monday evening at a house in Nakhon Ratchasima’s Thephalai subdistrict. At the scene they found the body of Saifon Aksorn, 34, lying face down in a pool of blood, and the body of Mongkhol Aksorn, 46, a gunshot wound to his head.

A neighbor reportedly said the deceased were a married couple who were often seen having a fight.

“Yesterday, they fought about a car that belonged to Saifon but which Mongkhol had borrowed. He drove off in the car and returned a short while later, when I heard several gunshots from their house,” she said.

An acquaintance of Saifon reportedly told the police that Saifon was planning to leave her husband for her new lover, so she told him she wanted a divorce. Mongkhol subsequently drove the car to his house, forcing Saifon to follow him to ask for the car back. After that, the shooting took place.

Police are interviewing other witnesses to determine the exact cause of the suspected murder-suicide. 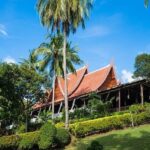 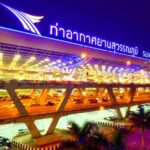