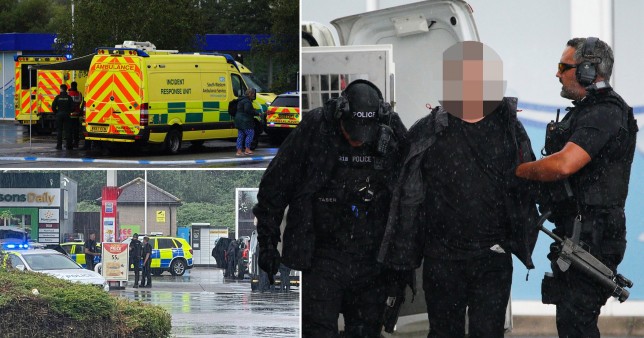 At least one person has been injured in a hostage siege after a knifeman stormed a petrol station in Bristol.

Staff hid in a safe room as armed officers swarmed the premises at Hengrove Way at around 7.30am this morning.

A man was arrested after a negotiator went in to calm the situation.

A BBC journalist at the scene said shots were fired during the standoff, before a man was escorted out of the station in handcuffs just before 10.30am

Police said the injured person was rushed to hospital and is not believed to be in a life-threatening condition.

They confirmed the incident in a tweet as they told people to avoid the area.

The statement said the knifeman was inside the shop of the petrol station.

It added: ‘Staff members are uninjured within a safe room and in contact with officers

‘One person has left the scene and gone to hospital with injuries not believed life-threatening.

‘Armed officers and a negotiator have been deployed to try to bring the incident to a safe conclusion. Members of the public are urged to avoid the area.’

About an hour later, police tweeted: ‘We have detained a man in connection with an incident at a petrol station on Hengrove Way this morning. Investigations at the scene continue.’

Officers were called at 7.36am on Thursday and were at the scene by 7.41am, police added.

Roads have been closed and buses diverted as they deal with the incident. 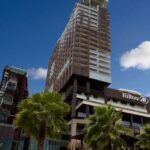 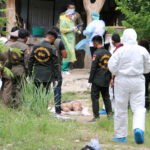