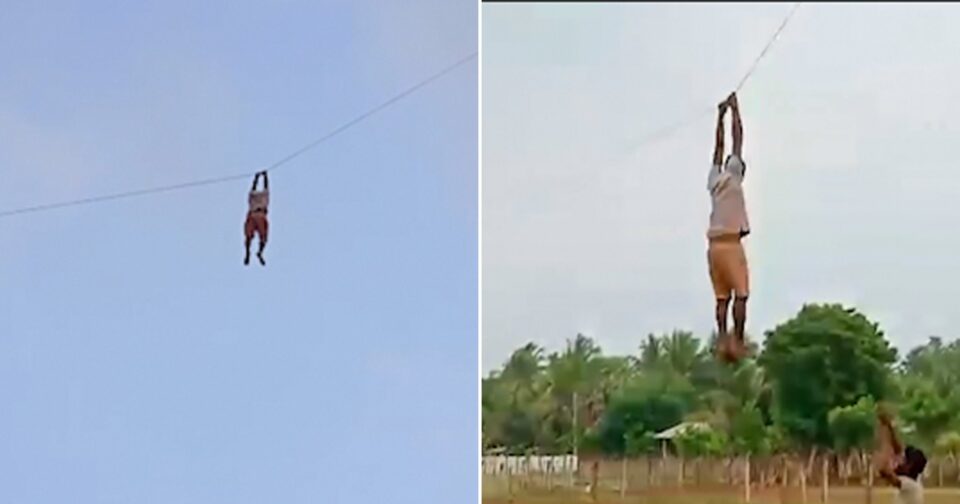 The shocking moment a man flying a kite was propelled high in the air has been caught on camera.

Nadarasa Manoharan, 29, was flying his handmade kite with friends in Jaffna city, Sri Lanka when they were all taken by surprise.

The dad-of-one told local media: ‘When I was swept away I felt I was going to die.

‘However, I decided not to look down and kept on holding the rope as tight as I could.

‘I only let it go when my hands had become numb, but thankfully by then I was close enough to earth to jump.

‘I got goosebumps when things turned awry, it was a frightening experience.’

He said he was flying the kite with a group of people and everything was under control until the weather conditions became particularly windy.

His friends appeared to let go of the rope – and suddenly he was whisked high up in the air.

Nadarasa reached heights of up to 40 feet and was left dangling from the kite’s rope. He couldn’t let go in case he fell to his death.

Video footage from December 18 shows several people panicking and shouting as he was thrust into the sky.

But his friends and other villagers helped to bring him down safely after he was left floating in the air for several seconds.

When he reached a less terrifying height Nadarasa jumped to the ground.

He received minor injuries from the fall and was taken to the Point Pedro Hospital in Jaffna, where he was then treated.

In a similar incident last year, a 12-year-old boy in Indonesia was also left hanging in the air after a kite lifted him 30 feet, forcing him to jump to safety. 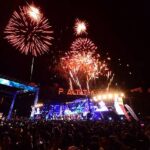 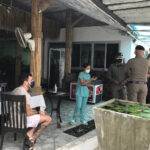