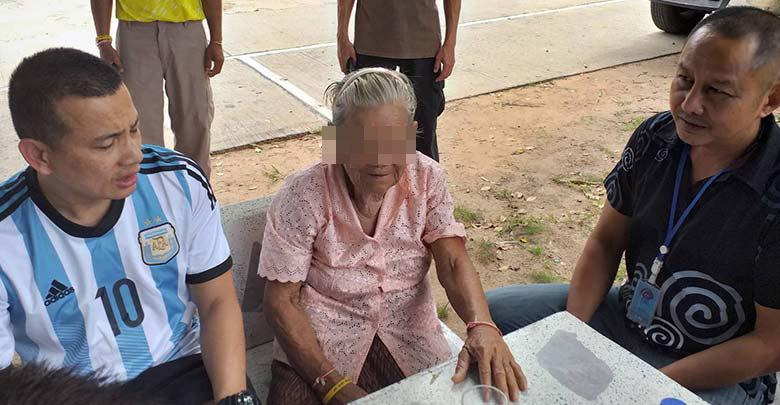 A kind granny and grandpa fell victim to a hungry thief. The thief came and told the granny that she was hungry, while the granny was preparing some food the thief ran away with valuables. Turns out this is not the first time the thief has robbed old people when they were home alone.
Tawankorn 43 years old was arrested by the police with an arrest warrant issued by the Buriram Provincial Court on the 24th of this month (July 2019) no.179/2562. Tawankorn is charged with robbery using a vehicle which in this case was her motorbike to commit the robbery.

Nuansri 80 years old and Lee 80 years old husband and wife came to file a report with the Buriram Police on the 19th of this month. The old couple was at home when a woman drove a motorbike with no license plate to their home. The woman looked to be about 40 years old, chubby, with short hair.

She walked into their home and stated that she was friends with their daughter. She talked to the couple for a bit before asking if they had any food as she was hungry. The old couple being nice people said that they’d make something for her to eat. The thief then told the couple she had to use the toilet. Lee decided to go to the market and Nuansri was in the kitchen preparing to cook the thief a meal.

This is when the thief stole 10,000 THB cash and a 1 Baht gold necklace (15.2 grams) worth 30,000 THB before using her motorbike to drive away. Then on the 23rd of this month, the police received another similar report. A woman came in to talk to an elder that was home alone. She stole cash and gold before driving away on a motorbike.

The investigation police discovered that the thief had run away to hide in Uthai Thani Province. The officials arranged all evidence from all cases and were planning with the Uthai Thani Police to make an arrest. But before they could do so, Tawankorn called the police and stated that she wanted to give herself up. She will be prosecuted accordingly to the law. 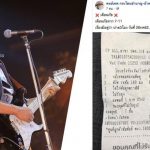 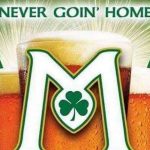