North Korea has been left begging for extra cash from Chinese backers after its missile test sight turned beach resort has been delayed again.

Kim Jong-Un had originally ordered the site, near the city of Wonson, to be finished by April this year but the project deadline had to be pushed back to October 10th.

Now the deadline has been extended again by the supreme leader who has told his workers not to proceed ‘in a hurried way’ but to ‘postpone the construction’ until April 15, 2020. 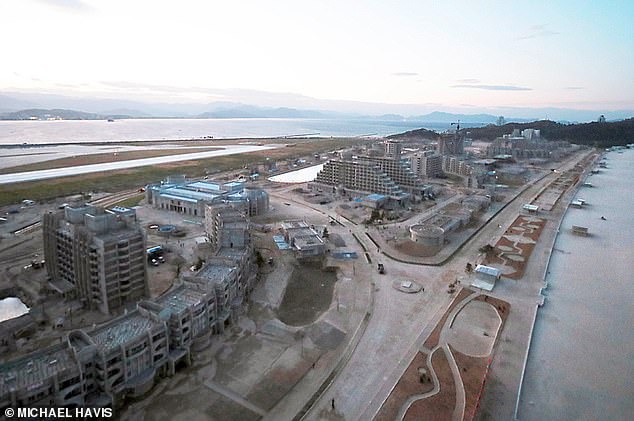 The dictator has blamed ‘hostile forces’ and ‘vicious sanctions’, and promising to ‘astonish the world’ come the new deadline date.

Now the hermit kingdom is seeking Chinese backers ‘to invest in hotels, tourist attractions, and infrastructure.’

Kim Chun Hui, a director in the regime’s National Tourism Administration, specifically named the Wonsan resort in an interview with Chinese media.

In the article she admitted that ‘there are many areas in the North Korean tourism industry that need improvement, such as poor infrastructure.’

Despite the delays, the regime boasted in a recent propaganda broadcast that work at the resort was proceeding without a hitch. 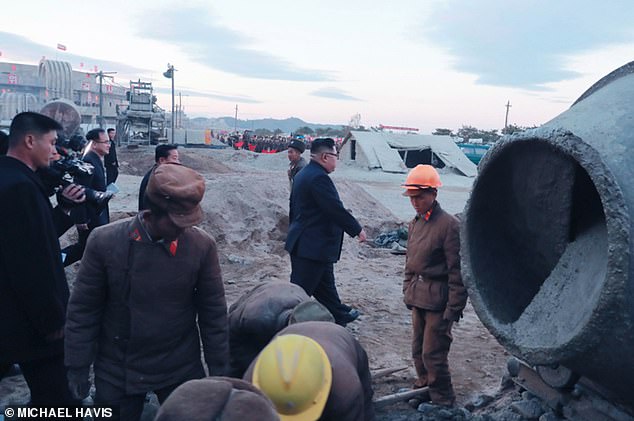 Satellite photos show floodlights being erected all over the beach so construction can continue at night time.

North Korean soldiers are often drafted in to work on such projects, according to NK news, which says the resort could be completed as early as March.

With tourism one being one of the few industries not targeted by US sanctions, experts believe the resort is aimed at making money through tourism.

Wonsan and Kalma airport are also important defence areas, used for large-scale artillery drills and as the launch site for dozens of missile tests in recent years.

In April last year, Kim used the same beach near Wonsan’s new airport to unleash an artillery drill described by state media as the country’s largest ever.

Last year, America banned its citizens from visiting North Korea and there are no up-to-date statistics on current visitors.

It is believed that the resort is being built with future South Korean visitors in mind.

Between 1998 and 2008, holidaymakers from the South were allowed to visit a specially-designated section of the North, the Mount Kumgang Tourist Region.

At this stage it is almost certainly being built for the future of Chinese tourists visiting, and domestic tourists as well. Kim Jong-un first revealed plans to build a “world-level” tourist resort in his New Year’s address to the nation.

“When the tourist area is built, it will satisfy the demand of domestic and foreign tourists,” the state-run KCNA news agency said in a statement.

It said the chosen location would be the “ideal place to link various tourist destinations to the Wonsan international tourist zone”.