Home » DID THE SERIAL KILLER SHOP FOR LOOK-ALIKE VICTIMS ONLINE? 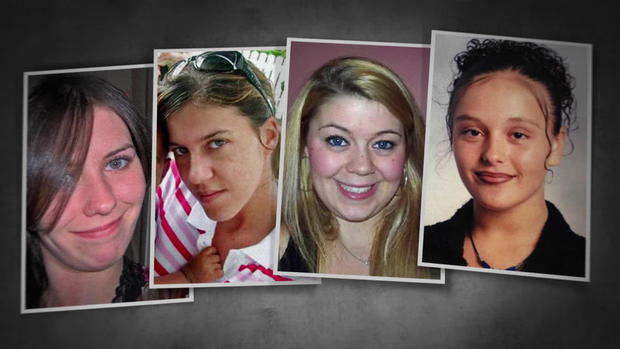 A decade ago, newspaper headlines were filled with stories about a serial killer who discarded the remains of 10 people along the scenic Ocean Parkway on New York’s Long Island.  The shocking discoveries, beginning in December 2010, terrified the surrounding affluent communities known more for expensive vacation homes than crime.

And, yet, today, Suffolk County authorities appear to be no closer to making arrests, leaving some to wonder if the investigation was hindered by a former corrupt and controversial police chief more worried about covering up his own crimes.

“48 Hours” offers a rare look at the methodology of a murderer in “The Hunt for the Long Island Serial Killer” airing Saturday, December 12 at 10/9c on CBS.

On December 11, 2010, a Suffolk County canine officer who was out searching for a young sex worker named Shannan Gilbert, who disappeared seven months earlier, discovered a body in deep bramble along Ocean Parkway near Gilgo Beach. Over the following days, another body was found, then another, and another — four in all, and none of them turned out to be Gilbert.

The women, who ranged in age from 22 to 27 years old, became known as the “Gilgo Four.” They were identified as Maureen Brainard-Barnes, abducted in 2007, Melissa Barthelemy in 2009, and Megan Waterman and Amber Costello, who went missing in 2010.  They had all been asphyxiated. The remains of the four women were wrapped in brown burlap that blended into the thick overgrowth and placed about five hundred feet apart along the parkway.

In early 2011, six more sets of remains were found along the same parkway, including the bones of a toddler believed to belong to one of the other victims.

Finding the killer or killers quickly became the job of the Suffolk County Police Department, one of the largest and highest paid forces in the country.  And the Gilgo Four, clearly the work of the same person, became the focus.

None of the four women apparently knew each other, but they all worked as sex workers, advertising on the online site Craigslist.  And they may not have been chosen at random.  Dominick Varrone, at the time chief of detectives, says he believes their killer took his time scrolling through online ads to find and target a particular type of woman.

“If he desires a particular height and weight and eye color, he can do that”, says Varrone. “And I think if you look at the Gilgo Four … they’re very, very close with unique characteristics — very petite, five foot or under, 100 pounds, hazel green eyes.” While Megan Waterman, at 5 feet, five inches, didn’t quite fit that description, two of the other victims found along Ocean Parkway, identified as Jessica Taylor and Valerie Mack, were also petite.

Varrone believes the killer had to be familiar with the area along Ocean Parkway and likely chose it as his dumping ground because, at the time, the land was covered in thick bramble. A new bike path has since been added, but in 2010, it was an area where few joggers or cyclists traveled and were unlikely to stumble across the bodies.

Varrone wonders if the killer chose small victims who would be easier to overcome and transport. Instead of burying the bodies, he says, the killer hurriedly tossed them into the brush. Investigators suspected the killer might have posed as a hunter, a private trash hauler, or someone with reason to be on Ocean Parkway. He likely would have a cover story, says Varrone, in the event he was seen or stopped by police at night on that secluded highway.

The killer may have been charming and persuasive. Varrone says he was able to convince Amber Costello to leave her cell phone behind. And Maureen Brainard-Barnes was at Penn Station in New York, about to get on a train, when she disappeared.  But the stranger also has a brazen, sadistic side. Shortly after Melissa Barthelemy disappeared in July 2009, her little sister Amanda saw Melissa’s cell number appear on her phone. On the other end of the line was a taunting male voice who told her Melissa was dead. Investigators believe the caller was the serial killer, who called several times, threatening Amanda. Investigators believe the calls originated in Manhattan.

Chief Varrone says he hoped to solve what has become the largest unsolved murder case in New York history, and helped organize a task force to investigate. But in January 2012, a new police chief, James Burke, took over the department and Varrone was forced to retire. The case was further compromised later that year when Chief Burke reduced manpower, cutting out all outside agencies, including the FBI and later, when Burke himself was charged with crimes and engaged in a cover-up.  The serial killer investigation appeared to stall, and no arrests were made.

In January 2020, Suffolk County Police Commissioner Geraldine Hart, a former FBI agent who joined the police department in 2018, tried to breathe new life into the investigation by releasing evidence that could reveal a little bit more about the serial killer: a man’s belt with two initials, either H and W, or if viewed upside down, M and H.  The department also set up a website, Gilgo News, hoping that someone with information about the killer will reach out with tips.

Shannan Gilbert, the sex worker whose disappearance in May of 2010 led to the discovery of the Gilgo Four, is not believed to be a victim of the serial killer. Gilbert’s body was discovered in December 2011 not far from where she disappeared, about 8 miles from Gilgo Beach. Authorities have not ruled out homicide. Investigators say she may have died from hypothermia hypothermia or possible drowning.

Today, Gilbert’s death and the deaths of the other victims continue to haunt the area around Ocean Parkway, inspiring a number of books and films. The killer of the Gilgo Four has never been identified and remains at large. The only consolation:  there is no evidence, say current investigators, that he is still active and “shopping” for more victims. 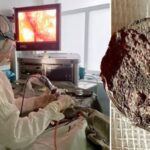 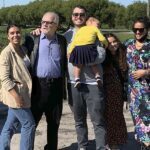