Home » killed by lightning working on the farm 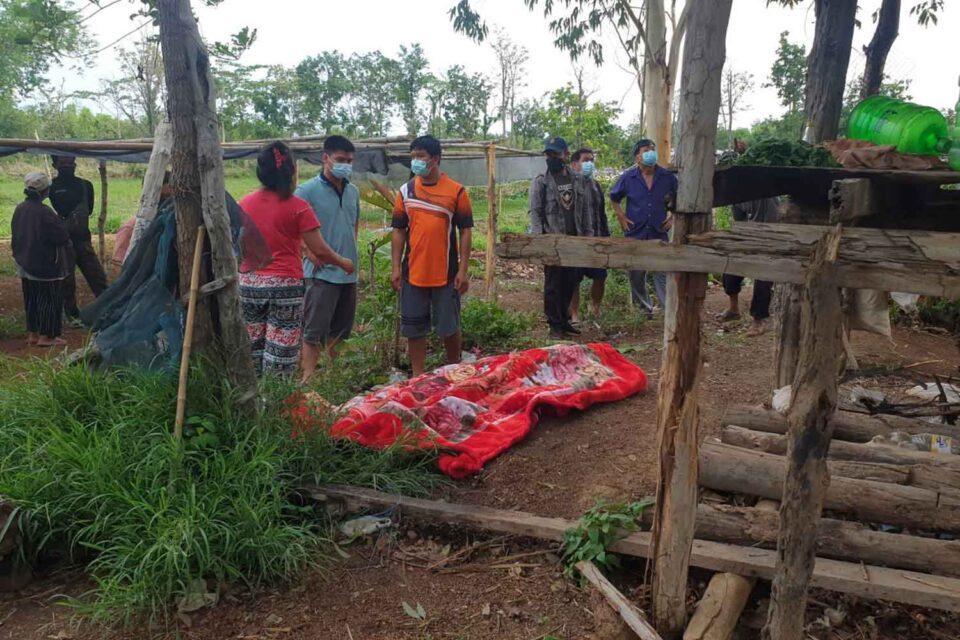 A farmer was found dead, apparently struck down by a thunderbolt, in his rice field in Phon Sawan district on Monday afternoon.

Kamol Praking, 49, was found burned and unconscious by his wife Sukchai Torat, 48, in a field near Huay Hai village in tambon Ban Ko.

Police, rescue workers and medics from Phon Sawan Hospital rushed to the scene

They said Kamol was flat on his back near a farm hut. He was dead, with marks similar to electrical burns over his body. He was still in his farm clothes and not wearing a watch or any other metal objects.

His wife told police that Kamol had left their home on a tractor to plough the field ahead of sowing it with rice seed, now that it was raining almost everyday.

A bit later, she heard a thunderous noise from the direction of the field and when he had not returned two hours she went looking for him.

Her husband was lying unconscious near the farm hut. She called other villagers to help, and then the police.

With the wet season approaching, many areas in this northeastern border province are being hit by summer thunderstorms.

Last week, about 100 homes in Pla Pak and That Phanom districts were damaged by the storms.

Villagers gather around a farm hut and the blanket-covered body of Kramol Praking, who died after being struck by lightning while working his rice field in Nakhon Phanom’s Phon Sawan district on Monday. (Photo: Pattanapong Sripiachai) 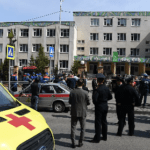 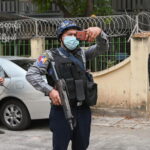 Humanitarian solution for detained Myanmar journalists or not