Home » KIDNAPPED and TORTURED in Bangkok 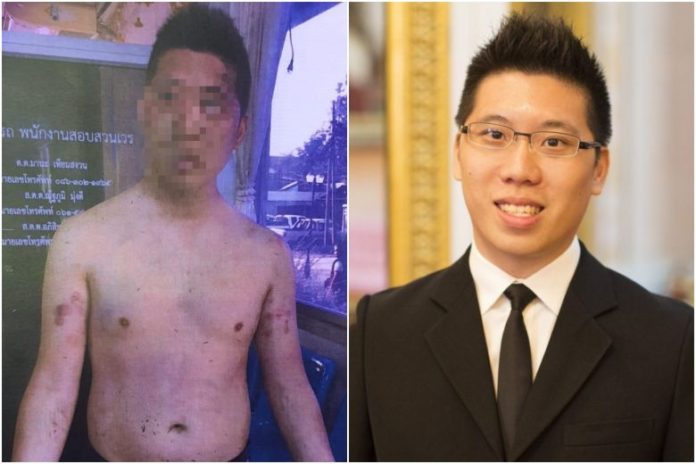 Mark Cheng Jin Quan was supposed to be on a one-day trip to Thailand on Jan 9, but he ended up being held captive, drugged and tortured, in a kidnapping that was allegedly masterminded by his travelling companion, fellow Singaporean Kim Lee Yao Wei.

“I was shocked. I thought we were good,” the 32-year-old said, referring to Lee.

He spoke to The Straits Times in a phone interview four days after he managed to escape his captors. He said he was in a safe house provided by Thai police on Tuesday (Jan 14).

It never struck him that Lee would be the mastermind behind his ordeal and he only learned this from the Thai police later on. “I thought he was kidnapped too,” Cheng said.

His trip had started normally enough. He and Lee arrived in Bangkok on the morning of Jan 9, and took a Grab taxi from Suvarnabhumi airport to meet a contact of Lee’s for a “social visit”.

“I didn’t know where we were going. I trusted him completely. We were on a trip together before,” said Cheng, a former blockchain adviser with Singapore fintech company X Infinity.

He said he met Lee a few years back, but they only became closer over the past year when Lee wanted to learn more about bitcoin mining.

After they had been on the road for about an hour, they stopped at a petrol station on Suwintawong Road in Chachoengsao province to buy groceries and to use the restroom.

Cheng claimed that it was then that he was grabbed by a group of masked men, blindfolded and bundled into a car.

“I was forced to drink some orange juice. Then, my lips went numb,” said Cheng, who said he did not pass out, however.

He later found himself held at a house, which was in Kabin Buri district of Prachin Buri province, some 135km east of Bangkok.

His legs were tied to a chair with his hands tied together, he said, and he was kept blindfolded most of the time.

Cheng told Wanbao that he was taken to four different locations in forested areas where he was tortured for 12 hours.

Even then, he was concerned for Lee, his “friend”, Cheng said. “I asked my captor about him, but got no reply.”

According to Cheng, there was one main captor who spoke to him in English, but at times he heard other voices speaking in Thai.

He claimed that his kidnappers beat and electrocuted him with electrical wires while demanding he pay his own ransom of US$500,000 (S$674,000) worth of bitcoins.

The captor then allegedly forced him to call his mother and his friends to get more money, but no one answered as it was well past midnight.

Apparently dissatisfied with the amount they got, the group took Cheng to another location where they threatened to kill him. He said he was forced to kneel on a grass patch, and had a gun was pressed against his head and then put into his mouth.

Cheng said he was still blindfolded, but he heard the sound of digging and the gun cocking. His kidnapper told him he would be buried there.

But he managed to loosen the strings that bound his wrists, and knocked the gun out of the kidnapper’s hand and punched him before fleeing, he said. “This was my last chance. I mustered all the strength I had.”

“Everything happened very fast,” he added.

He said he hid in a nearby water ditch, where he stayed until he was sure the coast was clear.

Cheng said he found himself among rice paddies. He approached the houses of farmers, whom he implored to help him get a taxi – to no avail as they could not understand English.

He found his way to a road but, covered in mud, found that no passing cars would pick him up. A man eventually picked him up on his motorcycle and dropped him off at Ongkarak police station in Nakhon Nayok province, about an hour and a half drive from Bangkok. By this time, the sun had begun to rise.

Lee, 31, was arrested at a Bangkok hotel on Sunday (Jan 12) and has been charged with robbery, detention of others, physical assault and illegal possession of firearms.

Lee confessed to all charges.

Chachoengsao police told The Straits Times the charges could amount to a life sentence.

Police identified the owner of the black Ford Ranger pickup allegedly used to kidnap Cheng from security footage from the petrol station.

Cheng said he was shown police photos and recognised the owner as 24-year-old Thai-German actor Chano Pemberger, whom he met once last year at a friend’s birthday party in Thailand. Mr Chano is currently being investigated by police.

Police have also recovered about 1.2 million baht found in the bank account belonging to Lee’s Thai girlfriend, the proceeds from the sale of Cheng’s bitcoins. They returned the money to Cheng, said Police Major General Chakrit Sawasdee, Chachoengsao’s police chief.

Cheng, a co-founder of the now-defunct Avelife Foundation which focuses on social enterprise and the environment, received an award from Queen Elizabeth II in 2016 for his work in protecting the environment.

However, he was slapped with four charges last year, according to legal documents seen by The Straits Times.

He was accused of misappropriating $323,052 belonging to an investment company in 2014.

According to The New Paper, Cheng was released on bail and allowed to travel to Thailand and Malaysia for work. His next court hearing is on Feb 3, which Cheng said he intends to attend.

“I don’t think I want to come back here (to Thailand) again,” he said, adding that he will leave Thailand either this Thursday (Jan 16) or Friday (Jan 17).

However, he is expected back in Thailand to testify in Lee’s trial some months later. 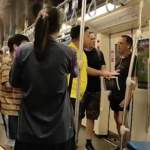 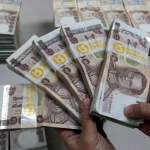 Thailand Finally Ready to Rein In Its Currency