Kevin Spacey has said he will ‘voluntarily appear’ in court over charges of sexual assault.

The actor, 62, is facing four counts of sexual assault, and now says he will appear before British courts to defend himself.

In a statement given to Good Morning America, he said he is ‘confident’ he can ‘prove [his] innocence.’

Issuing a statement through his spokesperson, he said: ‘I very much appreciate the Crown Prosecution Service’s statement in which they carefully reminded the media and the public that I am entitled to a fair trial, and innocent until proven otherwise.

‘While I am disappointed with their decision to move forward, I will voluntarily appear in the U.K. as soon as can be arranged and defend myself against these charges, which I am confident will prove my innocence.’

Last week the actor was charged with four counts of sexual assault against three men, as confirmed by the Crown Prosecution Service.

Spacey, who has denied all allegations against him, is being charged with historical sexual offences between 2005 and 2013 in London and Gloucestershire.

‘He has also been charged with causing a person to engage in penetrative sexual activity without consent.

‘The charges follow a review of the evidence gathered by the Metropolitan Police in its investigation.’

The CPS said it could not confirm or deny whether or not Spacey will need to be extradited to the UK, with Spacey now saying he would appear in court voluntarily. 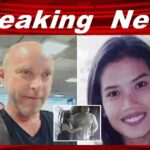 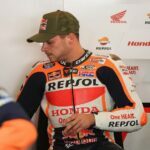