Patrice Evra faces his disciplinary destiny on Friday when he could be sacked by Marseille and heavily sanctioned by UEFA for aiming a karate kick at one of his own supporters.

The fiery 36-year-old former Manchester United and Juventus defender was red-carded for his violent reaction to being taunted by Marseille fans during the pre-match warm-up at last week’s Europa League game against Vitoria Guimaraes in Portugal.

Marseille and UEFA have both scheduled decisions for Friday with many observers believing that Evra will at least suffer the same punishment handed out to French compatriot Eric Cantona for his flying kick in 1995.

Cantona, playing for Manchester United at Crystal Palace, was banned for eight months by the English FA.

Evra has already been suspended by Marseille while the club’s fanatical supporters insist they do not want the French international to represent them again.

“This Game is Over” said a banner unfurled at the club’s Stade Velodrome home at last weekend’s 5-0 win over Caen.

Another banner read: “We don’t want you in our colors anymore. Evra gets lost.” Evra has attempted damage limitation.

“Great result tonight well-done guys I’m really proud of you. Thanks to all real Olympique Marseille fans… I’m receiving so much support from them,” Evra wrote on his Instagram account.  Source: Nation 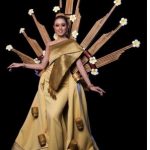 High Opportunity for Miss Lao Intl. to be Miss Beauty Pageant in Japan