Kalasin Man Arrested: A Kalasin man’s Facebook boast that he had shot a protected Leopard cat and cooked it got him arrested on Tuesday. 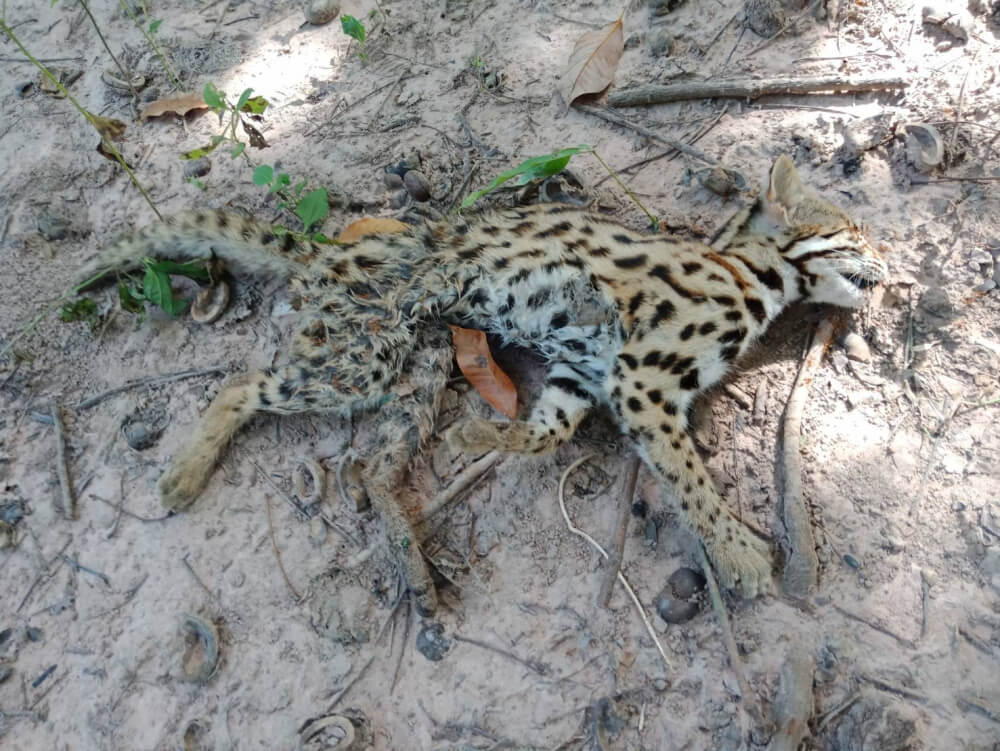 But his story changed when police came to his house in Moo 4 village in tambon Nong Bua, Namon district. Nopporn Pakkeng, 23, told police he had not killed the wildcat, but rather his dog had bitten it to death and he had merely collected its carcass for meat.

Nopporn was arrested after a popular Facebook page reposted his original boast, which Nopporn subsequently deleted.

He told police that he spotted the wildcat carcass in his rubber plantation, and found that his dogs had bitten it to death.

Police checked the cat’s hide and found no bullet traces but evidence of bites. They also found 100 grams of its meat in Nopporn’s fridge.

Nopporn was charged with having the carcass of a protected species in his possession without reporting it to the authorities.