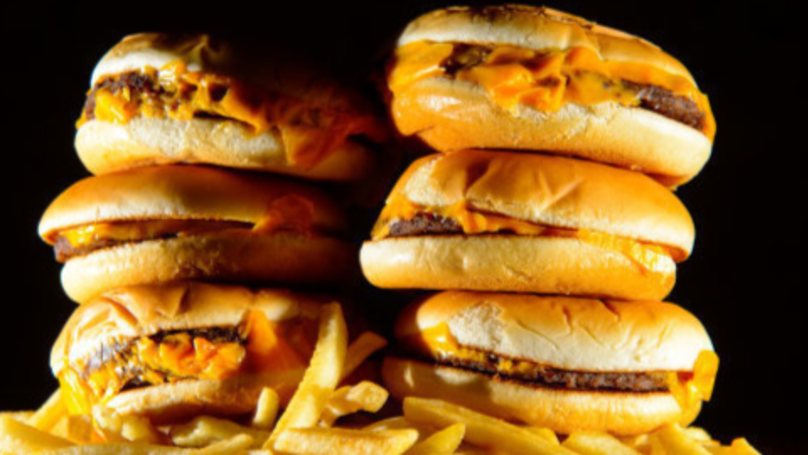 Adverts for junk food are to be banned across the entire London transport network in a bid to help tackle childhood obesity.

The ban will see all posters for food and drinks that are high in fat, sugar and salt removed from the Underground, Overground, trams, Transport for London rail, river services, taxi and private hire vehicles, buses and bus shelters.

The proposal was originally made in May and 82 percent of 1,500 respondents to an online consultation were in favour of the initiative.

London Mayor Sadiq Khan announced the ban, which will take effect from 25 February 2019.

According to the Metro, he said: “Child obesity is putting the lives of young Londoners at risk and placing huge pressure on our already strained health service.

“It is absolutely imperative that we take tough action against this ticking timebomb now, and reducing exposure to junk food advertising has a role to play in this – not just for children, but parents, families and carers who buy food and prepare meals.

“It’s clear that advertising plays a huge part in the choices we make, whether we realise it or not, and Londoners have shown overwhelming support for a ban on adverts for junk food and drink on our transport network.

“It’s completely unacceptable that in a city as prosperous as London, where you live and the amount you earn can have a massive impact on whether you have access to healthy, nutritious food.”

Food and drink manufacturers and restaurants will still be able to place adverts on the capital’s public transport networks following the ban, but they will have to advertise healthier products.

However, Stephen Woodford, chief executive of the Advertising Association, said the ban ‘would fail to achieve the end goal of reducing childhood obesity’.

According to the Drum, he said: “We all want to see rates of childhood obesity dropping but believe there are far better ways to achieve this goal.

“Not only will this measure fail to achieve the end goal of reducing childhood obesity, but it will also damage businesses in our capital and reduce TfL’s income from advertising, with the potential of putting increased pressure on commuters through higher fares.”

A spokesman for TfL said the transport network’s adverts should promote public health.

He said: “With 30 million journeys made every day on TfL’s network, its advertising sites offer a key opportunity to promote good food and a healthy lifestyle to both children and their family members or carers.”