Electronic music pioneer Jean-Michel Jarre said Friday he will mount a fresh challenge to the will of his Hollywood composer father, taking his case to the European Court of Human Rights after he was disinherited.

The decision to go to the ECHR comes after Jean-Michel lost his bid in a French court to overturn the will of Oscar-winning Maurice, who wrote the scores for “Doctor Zhivago” and “Lawrence of Arabia”.

“My sister Stefanie and I are taking our case to the European Court of Human Rights, over the failure to respect our familial rights and for excessive infringement of our legal security,” the French artist wrote in Friday’s edition of Le Parisien newspaper.

Another giant of French music, Johnny Hallyday, also disinherited his children and they have became embroiled in a highly public battle with his widow Laeticia.

Jean-Michel, 69, said that “the right to inherit is not only about money, it has ramifications in more important areas such as the protection of family ties, and for creatives, the spiritual rights of artists”.

In September 2017, France’s Supreme Court ruled in line with the wishes of Maurice, who had bequeathed all his property to his last wife through a “family trust”, a valid legal structure under Californian law.

“Forbidding access to a photo or to a personal possession of one’s father or mother. That is what is shocking,” Jean-Michel said.

“There are also dozens of requests to use the works of our father that arrive at my house and which remain unanswered,” he added.

Jean-Michel has performed some of history’s largest concerts over a four-decade career. He was the first Western musician to perform in China after the Cultural Revolution and played a massive city-wide light and music show in Houston in 1986 to celebrate the NASA space program.

Maurice died in 2009 in Los Angeles after suffering from cancer. He won his first Oscar in 1963 for “Lawrence of Arabia”, and three years later was awarded a second statuette for “Doctor Zhivago”. 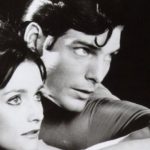