The Ministry of Transport said on Tuesday officials are studying whether Japan’s tough penalties for traffic offences can be imposed in Thailand.

Measures such as a point system attached to driver’s licenses and criminal punishment for those who aid drunk drivers may be imported to combat widespread violations, ministry secretary Chirute Visalachitra told reporters after meeting with his Japanese counterpart.

“We have asked the MLIT to apply the Japanese law model to Thailand,” Chirute said, referring to Japan’s Ministry of Land, Infrastructure, Transport and Tourism. “So that we can see how we can encourage traffic discipline.”

The secretary said any legal changes inspired by Japan will be included in the next amendment to the current traffic law. Such proposals need parliament’s approval before coming into effect.

Japan’s traffic law is considered to be among the strictest in the world. The validity of a driver’s license is tied to penalty points, which are added if the driver is found to be violating regulations. For example, there are six points for speeding, three for parking in a restricted area and two for ignoring a red light.

Chirute said amendments to the Land Traffic Act will also include more efficient policing measures, like a complete linkup between police data and information on traffic fines stored at the ministry. 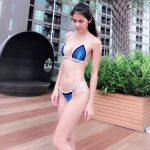