Do housework keeps you healthy.

If you are still sceptical of how frequent hand-washing is the best way to protect oneself from the new coronavirus.

Here’s something for you.

Experiment on how virus gets passed on via contact

A family of seven in Japan participated in an experiment conducted by Tokyo Broadcasting System during the flu season to show how any virus can be passed around via direct contact.

The family consists of four young children, their father, mother and their grandmother. 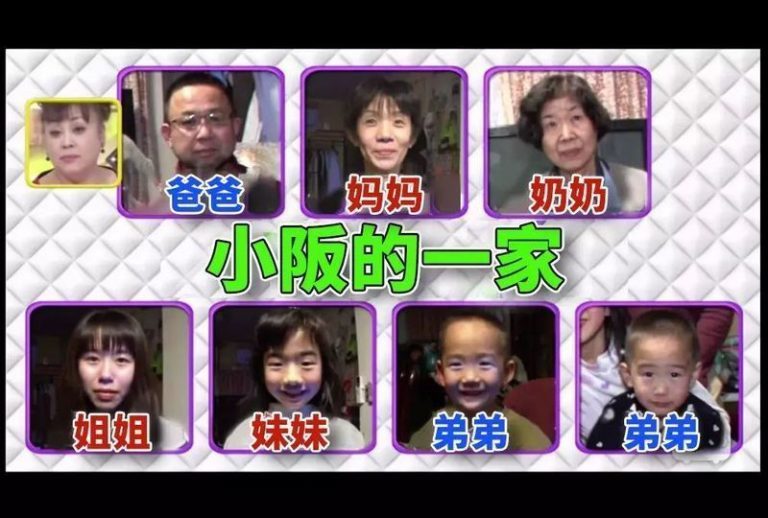 The production crew applied a special liquid on the father’s hands to simulate a virus.

The liquid is not visible in brightly lit rooms but will glow in the dark before proceeding with their daily activities which were featured in the television programme.

It was reported that there was no paint on other family members. 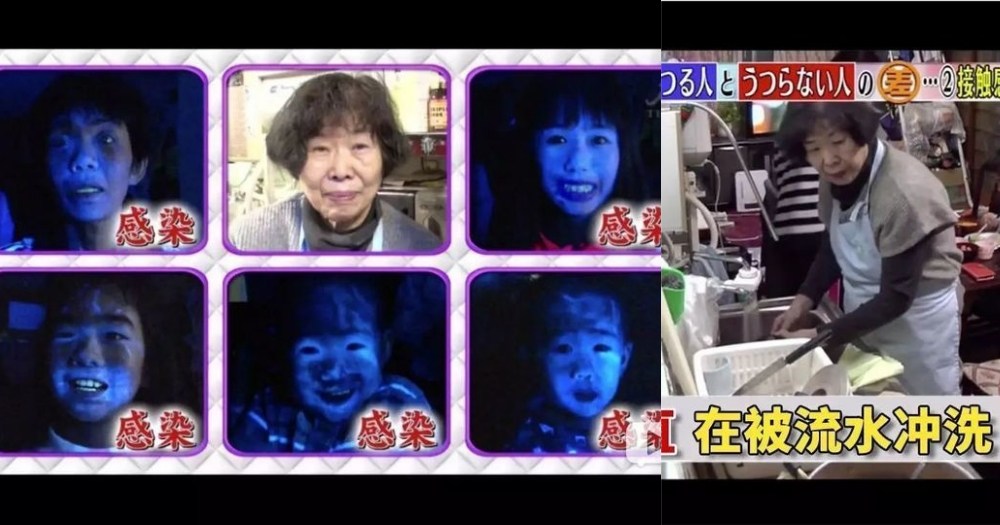 By the end of the experiment, all family members had the paint covered on their faces and hands even though the father only had direct contact with his two sons, except the grandma. 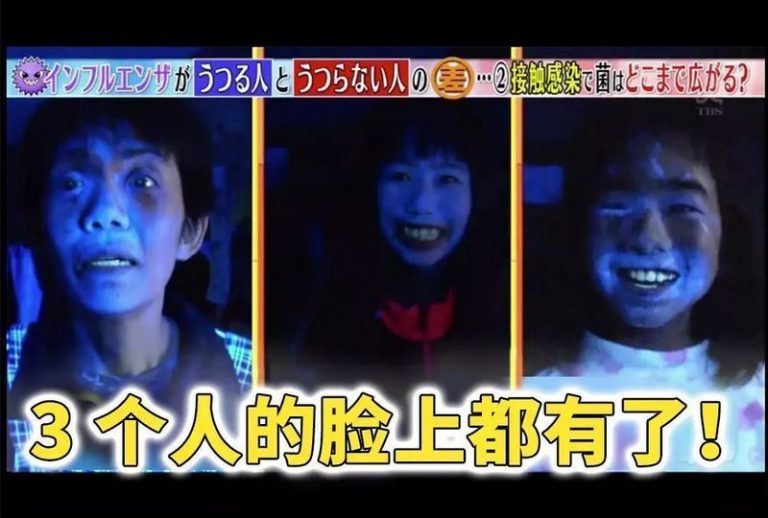 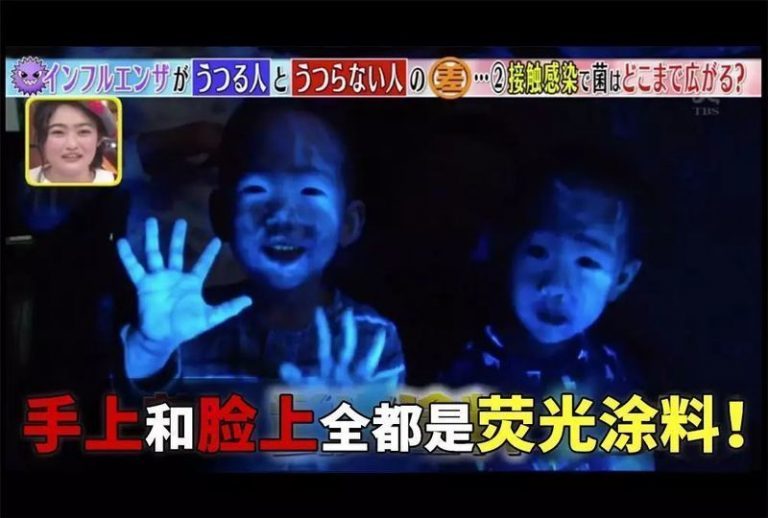 How did the “virus” spread?

It was revealed that the father had direct contact with the two sons. 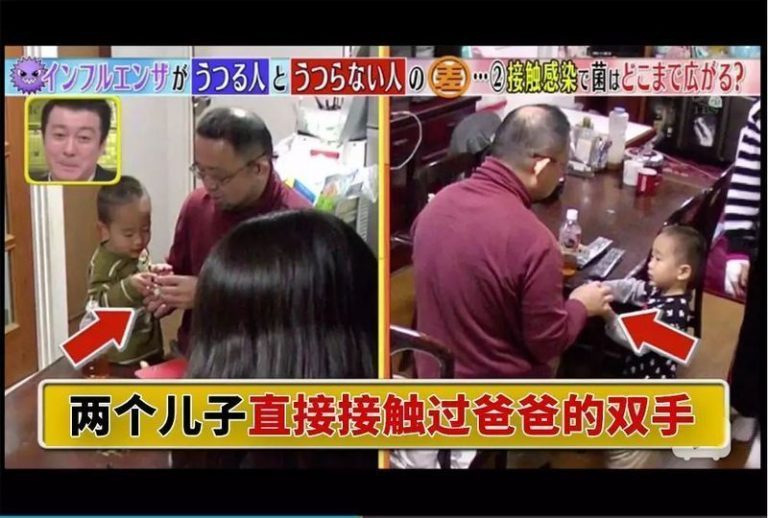 While the rest did not have the same intimate contact, the older daughter used the same door handle as the father.

Furthermore, the older daughter also had the habit of touching her hair which was how the “virus” got onto her hair and face. 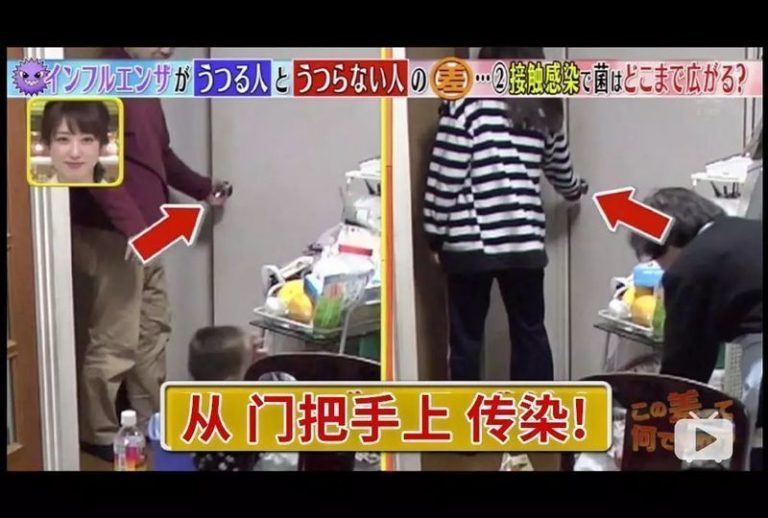 The younger daughter of the family also got the “virus” from the two sons after playing with them in the living room.

The “virus” was passed to the girl during the ball passing game. 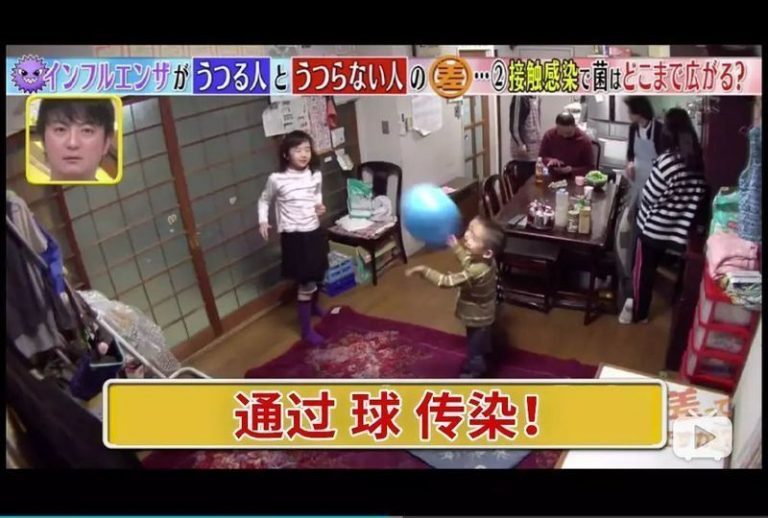 The two boys also passed the “virus” to their mother through intimate interactions like this:

Traces of the “virus” can also be found on some snack packets and other handles. 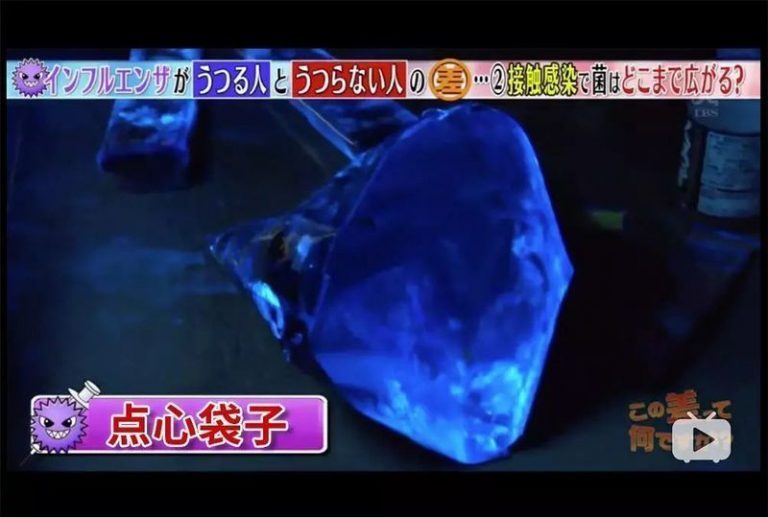 In just two hours, almost everyone had paint on their body, demonstrating just how quickly a virus can spread through physical contact. 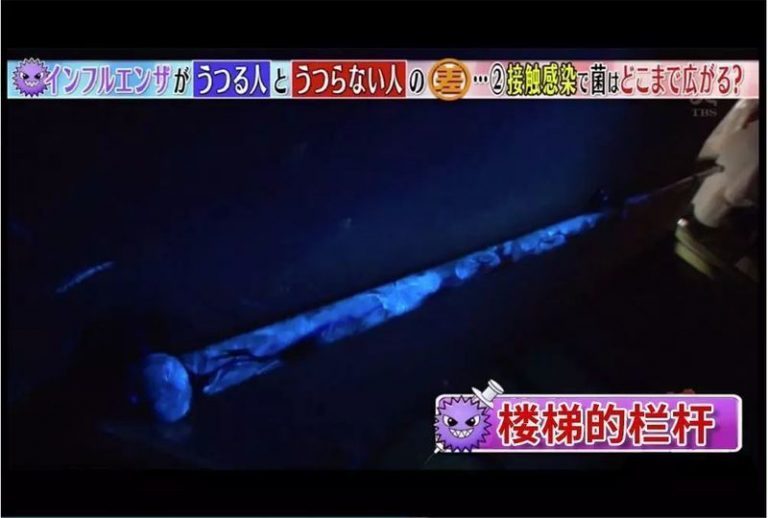 Interestingly, the eldest in the family, that’s the grandma, was least affected in this experiment.

The grandma did not have traces of “virus” on her face and hands, unlike others, because of the housework she does.

Her hands were constantly rinsed by running water as she was busy washing dishes and food items during the two hours.

That further proved that it is critical to wash our hands frequently to protect ourselves against virus infection.

Health authorities have been reminding members of the public to wash hands regularly and avoid touching your face so as to protect ourselves from infectious coronavirus. 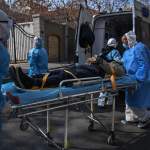 Alert level for Wuhan coronavirus should be raised to ‘serious’

Mark KellyFebruary 26, 2020
Contractors laying new drainpipes across Naklua are running out of time and affected businesses are...
END_OF_DOCUMENT_TOKEN_TO_BE_REPLACED