Loose stones, constantly walking through puddles of water, DAMN pain to ride or drive down – Shame as it is a good Soi to go visit and have a drink.

Where am I talking about? That would be Soi Chaiyapoon ( you guessed from the title).

I was in Chaiyapoon the other day having a drink with my friend David Green who manages Blue Bar (probably the best bar in the road – check it out) and we just sat watching the large number of people getting off motorbike taxis and stepping into dirty puddles, or bikes pulling away and slipping on all the loose stones.

Unfortunately, this is what happens when Pattaya are just ripping up perfectly good roads, then taking ages to lay another one, but in the meantime, ignoring the roads that really need fixing.

Yes, I understand that many of the road works i.e Beach Road, etc are being ripped up due to underground cables and about time too. However Jomtien Second Rd was a perfectly good road beforehand as I have gone down there on my bike many times, but they just ripped it up and laid a new road for no reason causing so many problems for road users day and night.

It just seems that Roads in worse conditions are not a priority anymore.. But why is that?

Looking at all the potholes getting deeper and deeper over the last two years, makes me just want to toss a few pennies in and make a wish.

It just seems that there is an antiquated and inefficient formula used for sharing road funds with Pattaya City and local road agencies that almost guarantee that funding for roads will not go to those roads experiencing the worst conditions.

Don’t get me wrong, this is only my own opinion and probably not an opinion shared by you good people of Pattaya, but please take some time to have a look round and make your own decision. I am sure that i am not on my own here.

The Blue Bar manager had told me that his cleaner spends about 2 – 3 hours a day cleaning the road just outside the bar, but a few hours later, the water had found its way back into the potholes and formed more dirty puddles. So every time customers come into the bar, the bar floor is always dirty and the cleaners are constantly mopping up.

Yes, I understand that the usage of water in a street produces water puddles, but in the case of Chaiyapoon, these water puddles seem to be more like homeowners. If this street and more like it was fixed, then the water would just dry out naturally, then we are left with nice dry roads.

As it stands, you wear a nice pair of shoes, jeans or trousers, then they are just going to get mucky as soon as you go down that road.

This road has gradually been getting worse for a number of years now, yet nothing has been done to solve the problem and honestly, some of the potholes in the road are highly dangerous for both motorists and pedestrians.

Soi Chaiyapoon stretches about 200m long, but maneuvering your way down the Soi, whether on foot, motorbike, or car, can take quite a lot longer than you would expect.

I have heard that after a number of complaints were made, the authorities were forced to pay a visit and look into ways to deal with the problem before it gets any worse, and that was in 2017

Not only is the Soi dangerous, but the state of the road puts customers venturing into the next soi, therefor harming business trade.

As I said, this article is only my own opinion and many people will not feel the same, so I have not meant any bad feeling or upset people, but this is just how myself and many people of this Soi feel.

Let us hope that a solution to the problem is found sooner rather than later.

P.s, I have just found out that there was an accident on the corner of Chaiyapoon due to the state of the road.

If you want to visit David and his beautiful ladies, he is always there from 3 pm till late.. feel free to message him on his Facebook here  or visit Blue Bars Facebook here 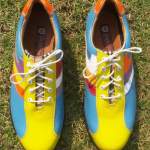 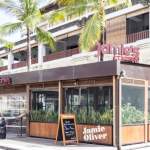