The photo allegedly showed Lee, who became a Singapore citizen in 2009, with an unidentified man assisting him while visiting a temple in Tibet.

On Weibo, many Chinese netizens were taken aback by the frail appearance of the actor, and expressed hopes for his health to improve.

However, Li has yet to confirm or respond to speculations regarding the recent photos. In 2010, the actor was diagnosed with hyperthyroidism, which reportedly caused his weight to fluctuate. His doctor advised him against exercising, and some of the symptoms from the illness included muscle weakness and sleeping problems.

Years later, in a 2016 interview with The Straits Times, Li said that media reports of his health were greatly exaggerated.

He added that he had recovered from hyperthyroidism, and added: “There is nothing to worry about my health.”

However, the South China Morning Post reported on Saturday (May 19) that Li said last year that even though he has been taking medication to keep his overactive thyroid in check, the condition “kept coming back”.

Last month, it was reported that Li was in final talks to take on the role of the emperor of China in Disney’s upcoming live-action version of Mulan, together with Chinese star Gong Li. 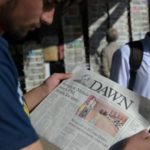