Home » Is Thailand Prostituting Its Resources? 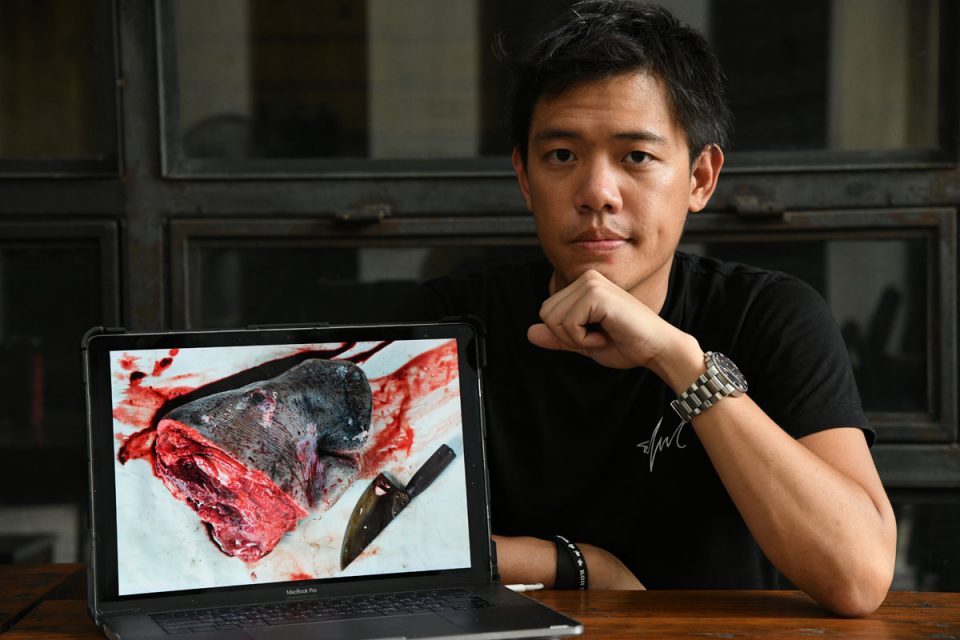 “We are prostituting our resources for others to use,” he said. “We are eating the world to extinction right now.”

Thailand should be teeming with coral reefs and sea life, with ocean flows from the Indian, Pacific and Andaman seas. But since picking up the camera professionally four years ago, the country’s foremost marine photojournalist has only seen our waters overfished and ecosystems ravaged.

“The sound of tens of thousands of fish slapping the water as they’re pulled up by huge nets is deafening,” Shin, 31, said. “Nets and trawlers catch animals and fish too young to be caught. They’re sold as trash for 7 baht a kilo and then used as animal feed.”

Shin offers a photo of a trawler’s bycatch taken in Phuket – dead baby sharks, rays, and starfish among juveniles of commercially viable species such as mackerels that, had they grown, could have fetched an even better price.

“I understand that this is the livelihood of fishermen and it’s the industry’s process,” he said. “But overfishing leads to stock collapse and then ecosystem decline, and we will have to deal with those consequences.”

While Thailand started industrial-scale fishing in the 1970s, Shin says most commercial fishermen and related state authorities have yet to consider managing sustainable resources. And one of the most wasteful and harmful practices, of course, is fishing for shark fin soup.

According to a 2017 Wildaid report on shark fin consumption in Thailand, the country is the world’s top exporter of shark fin. Almost a third of Bangkokians have consumed, or plan to consume, shark fin, mostly at big-dinner events such as weddings.

“It’s most harmful to consume at the top of the food chain – like sharks, since they naturally have a low birth rate, laying only a few eggs or giving birth to a few live pups per season,” Shin said.

If you aren’t planning to swear off fish entirely, Shin recommends eating as low as possible along the food chain. Examples include shells that only eat sediment, or fish from certified sustainable sources such as Fisherfolk.

Shin, who graduated with a Master’s in ecology from Prince of Songkla University, has a soft spot for sharks. He remembers rejoicing to see Blacktip sharks return to Maya Bay.

“Maya Bay is really cool because it’s an ideal shark breeding ground: a sheltered, shallow lagoon with lots of biodiversity,” Shin said. “So the Blacktip sharks that swam there were all pregnant, like an expectant mothers’ club meeting spot.”

The world-famous Maya Bay in Krabi, overrun with tourists, was closed in June 2018 after marine experts pleaded for measures to allow the local ecology to recover. Only six months later, officials spotted sharks giving birth to pups.

It was a rare win for the environment, though the tourism industry usually trumps.

“Maya Bay had a maximum capacity of 170 people at any given time. But this rule was never enforced,” Shin said.

The choice between preserving Thailand’s marine life and making a quick buck by bringing in a raucous tour boat that harms coral should be painfully obvious – but not so for many tourism operators.

“We are actually saving the hearts and minds of tourists by closing off these places. Otherwise they would come and see that it’s not as beautiful as advertised in brochures,” Shin made his case for the closure.

When visiting beaches, Shin asks that tourists wear coral-friendly sunscreen – he recommends ReReef brand – as some chemicals in regular sunscreen can harm the environment. Additionally, don’t go to over-touristed places whose ecosystems are trying to recover, or to places where tourist capacities aren’t enforced. Look at nature from afar rather than swimming down to perch on coral for a selfie.

“Some people get way too close just because they want a picture with a clownfish. Is that really worth the risk of damaging the ecosystem?” asked Shin. “Is your 20,000 likes worth more than the life of a piece of coral? A lot of people will say yes.”

Though an award-winning freelancer, Shin regularly shoots features for the Thai edition of National Geographic, travelling to other provinces at the first news of environmental degradation.

On a recent Monday, Shin had just returned from photographing Marium, an orphaned baby dugong found in Trang waters.

“She’s so cute! She swims under boats thinking it’s her mom, cuddles humans, eats seagrass and drinks milk before falling asleep snoring in people’s arms,” he said, smiling. “Usually when I get to photograph dugongs, it’s super depressing – cut to pieces during necropsy to determine the cause of death, or drowned from entanglement in fishing gear. Hope is very rare.”

Though Shin feels isolated and “miserable” in wasteful Bangkok, away from creatures such as Marium, he is heartened in continuing the fight online.

“I’m so happy every time there’s online drama. Thais are getting more aware and vocal,” he said. “Before it was just ecology academics arguing in our small circles. Now, it’s people posting about bubble tea places that use seven pieces of single-use plastic for a single cup.”

Alongside friend and fellow oceanographer Thon Thamrongnawasawat, Shin regularly takes to Facebook to descend on ocean-destroying behavior like Poseidon.

A cooking show that ordered its contestants to cook endangered stingrays? Slammed. A celeb posting videos of himself feeding fish in a pristine coral reef? Personally challenged by Shin.

“He didn’t admit he was wrong and even posted that he was an expert in environmentalism,” Shin said, referring to Poomjai “DJ Poom” Tangsanga, who in 2015 ignited drama over the clips. “I was like, no, I’m the expert, and you’re wrong.”

Online rage, often against celebrities mistreating animals in the name of merit, is a sign for Shin that Thailand’s plastic-guzzling habits can change.

“Of course, it’s easier to live irresponsibly. Some women would rather use a plastic straw so their lipstick doesn’t smudge, without thinking about the consequences of that straw,” Shin said. “But I feel a little happy when I ask for no bag at the cashier, and the person behind me copies and asks for no bag too.”

It’s those little things that give Shin a small beacon of hope for the fate of Thailand’s oceans.

“Do I seem like a mad preacher to you?” he asked, half-laughing. 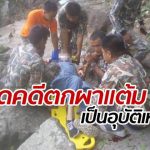 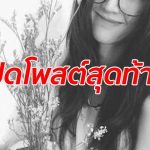