Home » Irish fugitive tracked down and arrested in Bangkok 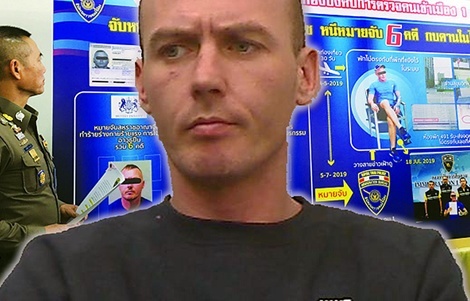 Immigration police have arrested alleged Irish fugitive, Jonathan Turley, who is wanted in his country for robbery and assault charges, the bureau chief announced on Friday.

Immigration Bureau acting chief Pol Lt-General Sompong Chingduang said Turley was arrested at the request of the British Embassy, which alleged that the man was wanted in Ireland for multiple crimes committed between 2015 and 2018.

Sompong said Turley kept changing his address in Bangkok and upcountry with the aim of making it difficult for the authorities to track him.

Police learned that Turley liked muay thai and often took part in matches, and later tracked him down to a condo in Sukhumvit Soi 58, which he shared with his Thai girlfriend.

The authorities are looking into having the man extradited