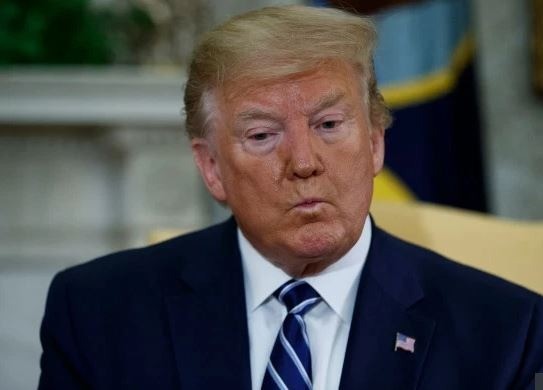 IRAN has executed a former Ministry of Defence employee after intelligence officials reportedly caught him spying for the CIA.

Aerospace contractor Jalal Hajizavar was hanged at the infamous Rajai Shahr prison after officials found documents and spying equipment at his home.

The report said Hajzavar admitted in court that he was paid to spy for the CIA.

It said the court sentenced Haizavar’s wife to 15 years in prison for her role in the espionage.

Occasionally, Iran announces the detention of spies from foreign countries, including the U.S. and Israel.

In 2016, Iran executed a nuclear scientist convicted of spying for the U.

It comes just days after the Islamic Republic shot down an American spy drone.

A missile-launching battleship has been put on 72-hour standby to attack Iran, while Donald Trump called off an air strike last night.

American military assets in the region, including the missile cruiser USS Leyte Gulf, have been put on alert after the Islamic Republic shot down a spy drone yesterday, a Pentagon official reportedly said.

Planes were ready to take off and ships were in position to launch a ferocious bombardment when the order was given to stand down last night.

Trump said: “Nothing is greenlighted until the very end because things change.

“We had something ready to go, subject to my approval.”

On Friday morning he tweeted: “We were cocked & loaded to retaliate last night on 3 different sights when I asked, how many will die. 150 people, sir, was the answer from a General.

“10 minutes before the strike I stopped it. Not proportionate to shooting down an unmanned drone

“I am in no hurry, our Military is rebuilt, new, and ready to go, by far the best in the world. Sanctions are biting & more added last night. Iran can NEVER have Nuclear Weapons, not against the USA, and not against the WORLD!” 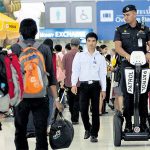 Liquids and food now BANNED from Thai airports and flights