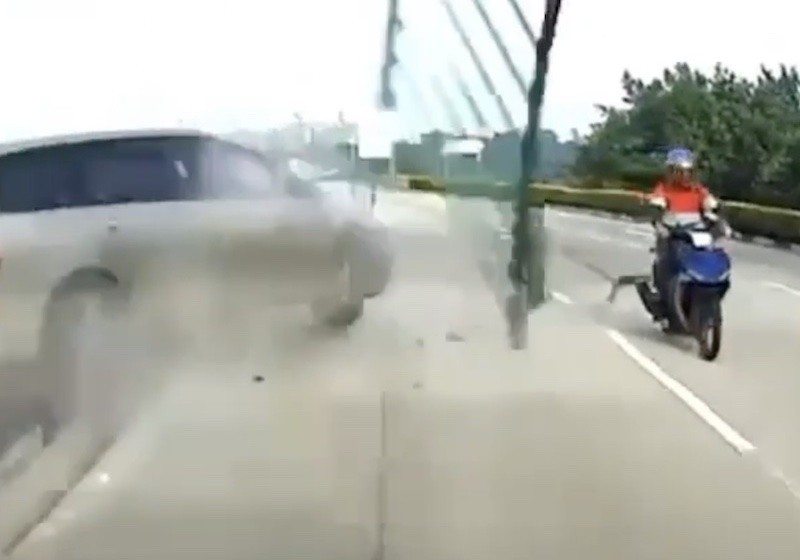 Call it dumb luck or call it divine intervention — whatever it was, this motorcyclist is just happy that he survived a close shave with flying chunks of metal.

In footage shared by the Roads.SG Facebook page, an accident along the Yishun Dam stretch on Sunday (Nov 22) morning saw a driver losing control of a multi-purpose vehicle (MPV) while making a bend.

The driver ended up crashing through a median barrier and right into the opposite lane, where a motorcyclist had been riding in the vicinity.

Through some kind of cosmic coincidence, the motorcyclist narrowly escaped being hit by both the MPV and the debris that had been hurtling towards him. Nobody would have believed the story too if it wasn’t for another vehicle that recorded the whole incident via its rear dashcam.

To make things even more surreal, the motorcyclist simply carried on his journey, as if he didn’t just elude injury or death. Just another Sunday for him.

Netizens too couldn’t believe the footage and the luck of the rider that morning.

Others pointed out that Yishun Avenue 1 — the stretch of road at Yishun Dam — is notorious for being an accident-prone area.

Multiple traffic accident injuries and deaths in the vicinity have made headlines over the past years, including one that saw a 28-year-old nurse who died in what has been described as an “unfortunate traffic misadventure”. 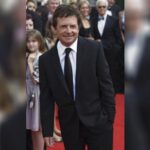 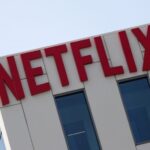