Natthakit Ariyachotepipit, 44, from Mukdahan, was arrested in Ayutthaya’s Uthai district. He was wanted under an arrest warrant issued by the Ang Thong Court on October 1. He was accused of forging insurance policies for 50 clients who bought vehicle insurance from a firm via him. A client found out that the policy was forged when he tried to claim for damages following an accident, prompting the firm to conduct an investigation.

Nanthakit said he worked for the firm for two years and he had used the clients’ money so he issued them fake policies. He had clients contact him after accidents so that he would take their vehicles to get repairs at a friend’s garage at his own expense. But a client later claimed for reimbursement from the firm directly and found the policy was fake. 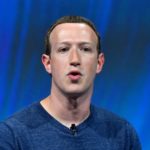 Facebook’s Zuckerberg says he is not considering resigning