Home » Inside the 95-stone gingerbread Christmas town made up of 2,000 tasty homes 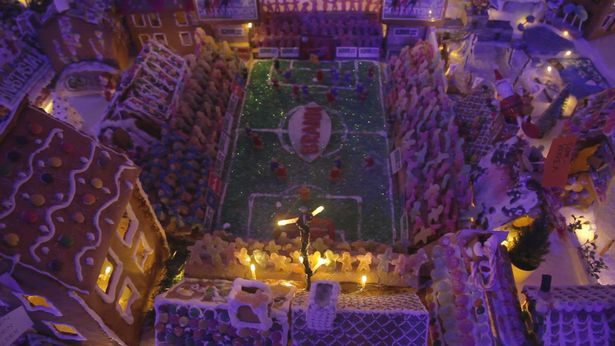 Inside the 95-stone gingerbread Christmas town made up of 2,000 tasty homes

A 2,000-building gingerbread city in Bergen, Norway, even has it’s own football stadium made – and then you can buy it all and scoff the lot

If you were impressed with yourself for mastering your supermarket ‘build-a-gingerbread-house kit’ then look away now.

As this 2,000-building, 600kg sweet biscuit creation is so large it even features the town’s local football stadium.

Constructed in the Norwegian town of Bergen, this mouth-watering biscuit mountain is built by kindergarteners, schoolchildren, local businesses, and volunteers alike.

Named Pepperkakebyen – meaning gingerbread city  – this tradition has been running since 1991 and the founder states they are the original claimants for the world’s largest gingerbread city.

Creator Steinar Kristoffersen said: “It is the biggest gingerbread city from year one. It’s nicely decorated, it’s big and a great adventure for everyone before Christmas.”

As well as the gingerbread base, constructions are decorated with ornate icing and sweet candies.

In fact, so much detail goes into Pepperkakebyen, you’ll find everything from tiny homes, trains, cars, boats to international signature buildings. Even SK Brann football stadium makes an appearance.

Steinar said: “The most ambitious building we’ve had is maybe the Eiffel tower or Big Ben.”

And what happens to this succulent city once it has been admired? Every year the houses are auctioned off in a newspaper advert, anyone can buy a house, with the money going to children’s charities.

Steinear said: “The reaction is very positive, there’s a lot of companies and private people who make bids for the houses. Through the years the gingerbread city has contributed nearly 20 million Norwegian Krone (£1.7 million) to charities for children”

Gingerbread houses are thought to have been made popular after the publication of Hansel and Gretel in Germany in the early 1800s.

Within the tale, the curious children abandoned in the forest stumbled upon an edible house of bread and sugar. In response to the popularity of the story German bakers started baking similar creations as a means of increasing sales.

For Bergen, the event not only raises money for charity but also attracts tourists to the city. On the back of Bergen’s success more gingerbread ‘worlds’ have cropped up throughout the country.

You’ll find them in cities like Stavanger, Hammerfest, Haugesund, Fredrikstad, and Bodø – but this hasn’t has an affect on Bergen’s Pepperkakebyen.

Steinar said: “Every year more and more tourists are coming to Bergen and the gingerbread city, so it’s having a positive effect on tourism.”

In 2009 , the future of Pepperkakebyen was thrown into doubt when much of the exhibition was destroyed shortly after its opening when a ‘drunk’ vandal smashed the creation, spraying it with a fire extinguisher and paint.

Steinar said: “I felt very bad on behalf of all the kids.”

A 20-year-old man was arrested after the police receive a tip from his friends. Amazingly Pepperkakebyen was open one week later after the incident.

The organisers of Stavanger’s gingerbread city have declared in a recent edition of Stavanger Aftenbladet their ambition to become Norway’s biggest.

They currently receive about 200 buildings compared to Bergen’s 2000, but are encouraging the community to come together and create a much bigger attraction in the future. 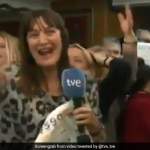 Reporter Resigns On TV, Thinking She Had Won Lottery Jackpot. Then… 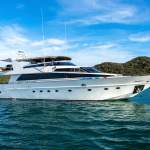