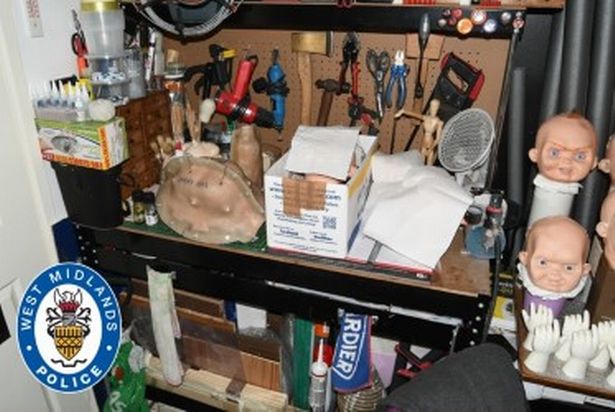 Julia Rawson was bludgeoned her to death with a rolling pin by horror film buff Nathan Maynard-Ellis and his boyfriend, David Leesley inside their sinister “flat of horrors”

A serial killer fan and his lover have been found guilty of murdering and dismembering a woman and dumping her body parts in bin bags – and pictures have now revealed their sinister “flat of horrors”.

Julia Rawson, 42, was butchered at the home of horror film buff Nathan Maynard-Ellis, 25, and his boyfriend, David Leesley, 30.

The pair bludgeoned her to death with a rolling pin before using hacksaws to cut her body up into 12 pieces which they stuffed into black bin bags.

They then dumped the body parts in two different locations and burnt her blood-stained clothes in a desperate bid to cover their crimes.

Maynard-Ellis was snared when CCTV showed him chatting to Ms Rawson in a pub on the night he lured her back to the flat he shared with Leesley.

Jurors heard the apartment in Mission Drive, Dudley Port in Tipton, West Midlands, was dubbed the “flat of horrors”.about:blank?unblock=true

Pictures taken inside show it crammed with creepy novels, a Chucky doll holding a knife and gory homemade face-masks of characters from horror movies Maynard-Ellis used to make.

Another snap shows a workbench covered with dolls heads and severed hands along with tools including pliers, drills and an axe.

As well as having been seen by psychiatrists about his sexually violent fantasies,

On Monday, November 9, Maynard-Ellis and Leesley were found guilty of murder, concealment, destruction or disposal of a body and perverting the course of justice.

The jury took six hours to return a unanimous verdict after a four-week trial at Coventry Crown Court.

Maynard-Ellis was also found guilty of rape, attempted rape and threats to kill against another woman.

Mr Justice Soole thanked the jury and told them: “It has been a very demanding case because of the subject matter, I am very conscious of that.”

The pair were remanded into custody and will be sentenced at a date yet to be fixed.

Ms Rawson had spent the evening with an ex-girlfriend, but caught the wrong bus home and ended up in the Bottle And Cork pub in Dudley, West Midlands, on May 11 last year.

Ms Rawson, who was sitting with another man at the bar, approached him and they started chatting.

Jurors heard that Ms Rawson was a lesbian but was sometimes “flirtatious” with men while drunk.

Karim Khalil QC told the trial: “At about 2am in the morning, Julia and Nathan Maynard-Ellis got into a taxi.

“Before they arrived at the flat it’s unlikely that Julia would have known that Nathan Maynard-Ellis was a homosexual.

“She would also not have known that his boyfriend was in the flat.

“Furthermore, Julia could not have known that she was about to enter a ‘flat of horrors’ – but she must have realised this very soon after she went in.

“One can only imagine the sense of panic that it might have created in her.”

Jurors heard Ms Rawson was hit over the back of the head four times with a rolling pin before Maynard-Ellis and Leesley dismembered her in the bath.

The pair used saws to cut up her body and it was suggested the evil pair may have removed her right kidney as a macabre trophy of the killing.

After murdering and dismembering Ms Rawson, the pair stuffed her body parts into black plastic bags.

The next day the pair were caught on CCTV strolling along a nearby canal where they dumped the bags in some undergrowth.

The clip shows Maynard-Ellis, wearing a smart shirt and jeans, cracking jokes and standing at the bar.

After Ms Rawson’s family reported her missing, police launched a huge search which lasted for 47 days before her body parts were finally discovered.

Later footage taken on the afternoon of May 16, shows Maynard-Ellis dumping the blood-stained sofa and roll of carpet at Oldbury rubbish tip.

He was filmed with friend John Foster, who had no idea what Maynard-Ellis had done, choosing which bin to dump the items in.

At one point, pony-tailed Maynard-Ellis even casually walks over to speak to a member of staff before going back to the car.

Maynard-Ellis and Leesley were finally caught on May 22 when a member of the public alerted police following a CCTV appeal.

Body-cam footage shows an officer ask Maynard-Ellis: “We’re looking for a woman who has been missing for about 11 days.

“We’ve checked CCTV and she is with someone who matches your description.”

Maynard-Ellis laughs before saying: “I’ve probably chopped all my hair off though.”

When he is asked if he knows Ms Rawson, he shakes his head repeatedly before saying: “The only people I know are my partner and his family.”

Maynard-Ellis refuses to tell officers his name before being arrested with Leesley.

Bags containing Ms Rawson’s remains were found on June 12 and 19 behind Sacred Heart Primary School in Tipton while others were discovered a mile away on wasteland near Coneygree Road.

Her arms were cut off below the shoulders and her spine was cut through at waist level while her head was cut off at the neck.

When officers swooped on the pair’s flat they discovered a metal bin which had been used to burn Ms Rawson’s blood-spattered clothes.

Nekromantic 2 – which depict images of decapitation and necrophilia – as well as a man having sex with a female corpse.

A napkin which Ms Rawson had written her nickname “Ju Ju” on and given to Maynard-Ellis was found in his bedside cabinet.

After pulling up a newly laid carpet, police also found bloodstains on the floor. 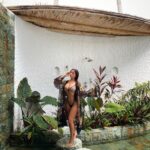 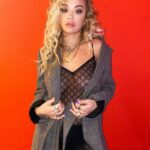