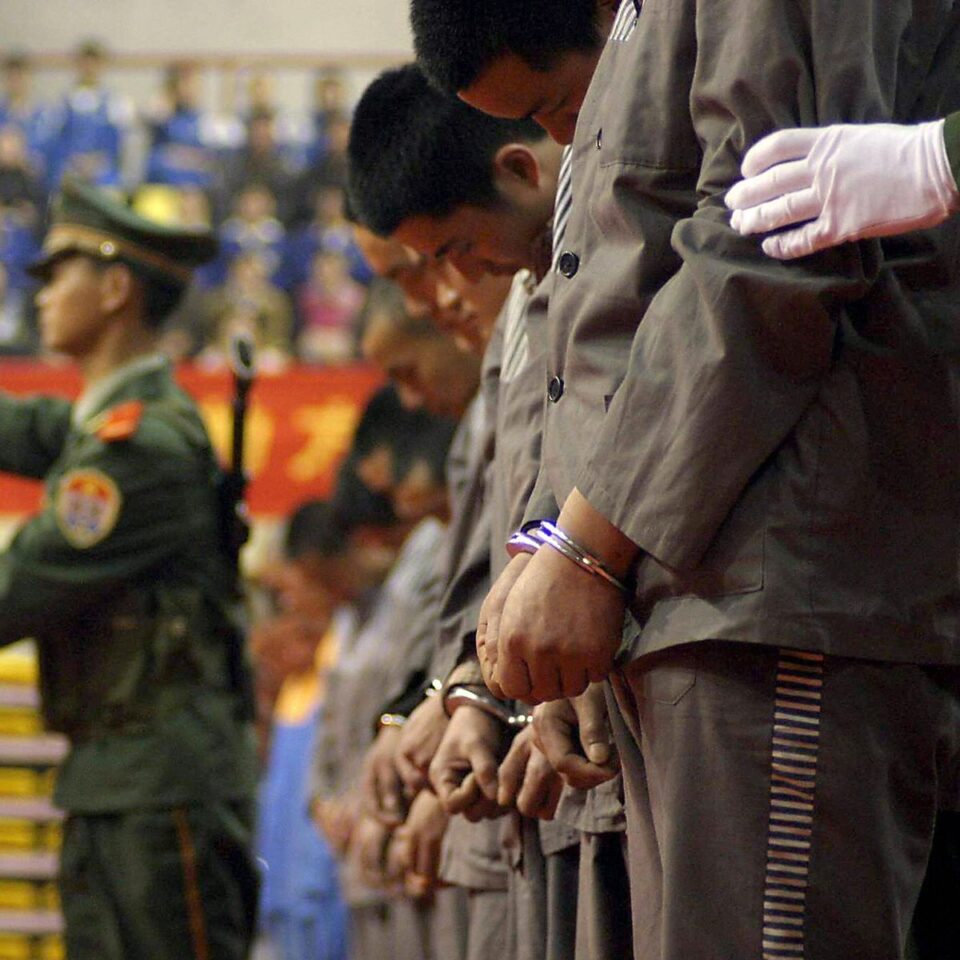 Robert Schellenberg, believed to be 38, from Abbotsford, British Columbia, was detained by the Chinese authorities for drug smuggling and after a retrial he had been condemned to die.

Schellenberg, who maintains his innocence, has been locked up in China since 2014, when he was accused of attempting to smuggle 225kg of methamphetamine to Australia.

In December 2018 he was sentenced to 15 years but after he appealed a retrial was ordered and the Dalian intermediate people’s court instead ordered his execution.

Schellenberg and others facing death are sent to detention centres where they await their fate on death row in tiny overcrowded cells or in solitary confinement.

According to the blog Dui Hua, those on death row wait just two months before being put to death compared to an average of 15 years in the United States.

It says the doomed prisoners are degraded by being shackled at all times by their hands and feet.

Cell trustees help them to eat and go to the toilet and strip them ready for execution after which the chains are removed and cleaned.

Firing squads and lethal injections are two favourite methods of the death penalty used by China.

Killer jabs are sometimes administered in one of the state’s mobile “execution vans”.

Convicts are said to be loaded into a van and strapped to a table where they administered a painful lethal injection.

These vehicles were introduced in 2003 and although there have been reports that they are no longer used, Amnesty has said this is not the case.

With secrecy surrounding the Chinese death vans, victims are not often named due to the speed in which they are tried and executed.

One of the only victims named as an example was Mafia kingpin Liu Yong, who was given a lethal injection after being tried for wilfully causing harm to others, despite claims his confession was extracted under torture.

Ms Ong told The Sun Online although the Chinese government claims that less people are being executed — this is likely not the case.

Organs are then believed harvested from executed prisoners without any permission for use in medicine and scientific experiments.

Amnesty International has named China as the world’s worst executor by a large margin — with its body count believed to be larger than the rest of the world’s combined total of 657.

While other nations had total figures, China’s shadowy death penalty system left the human rights group only able to offer a grim estimate of “thousands”.

Ms Ong said: “The Chinese government still sees the use of the death penalty as an effective deterrent to crimes.

“Each June, local governments often hold mass sentencing rallies, in which students, teachers and the public are invited to witness the court handing down death penalty to individuals convicted of drug-related crimes.”