Home » What Is Inflammation?

Inflammation is a vital part of the immune system’s response to injury and infection. It is the body’s way of signaling the immune system to heal and repair damaged tissue, as well as defend itself against foreign invaders, such as viruses and bacteria.

Without inflammation as a physiological response, wounds would fester, and infections could become deadly.
However, if the inflammatory process goes on for too long or if the inflammatory response occurs in places where it is not needed, it can become problematic. Chronic inflammation has been linked to certain diseases such as heart disease or stroke, and may also lead to autoimmune disorders, such as rheumatoid arthritis and lupus. But a healthy diet and lifestyle can help keep inflammation under control.

Acute inflammation occurs after a cut on the knee, a sprained ankle or a sore throat. It’s a short-term response with localized effects, meaning it works at the precise place where a problem exists. The telltale signs of acute inflammation include redness, swelling, heat and sometimes pain and loss of function.

During acute inflammation, chemicals known as cytokines are released by the damaged tissue. The cytokines act as “emergency signals” that bring in your body’s immune cells, hormones and nutrients to fix the problem, Walker said.
In addition, hormone-like substances known as prostaglandins create blood clots to heal damaged tissue, and they also trigger pain and fever as part of the healing process. As the body heals, the acute inflammation gradually subsides.

Low levels of inflammation can be triggered by a perceived internal threat, even when there isn’t a disease to fight or an injury to heal, and sometimes this signals the immune system to respond. As a result, white blood cells swarm but have nothing to do and nowhere to go, and they may eventually start attacking internal organs or other healthy tissues and cells, Walker said.

Researchers are still working to understand the implications of chronic inflammation on the body and the mechanisms involved in the process, but it’s known to play a role in the development of many diseases.

For example, chronic inflammation has been linked to heart disease and stroke. One theory suggests that when inflammatory cells stay too long in blood vessels, they promote the buildup of plaque. The body perceives this plaque as a foreign substance that doesn’t belong, so it tries to wall off the plaque from the blood flowing inside the arteries, according to the American Heart Association(AHA). If the plaque becomes unstable and ruptures, it forms a clot that blocks blood flow to the heart or brain, triggering a heart attack or stroke.

Chronic, low-grade inflammation often does not have symptoms, but doctors can test for C-reactive protein (CRP), a marker for inflammation in the blood. High levels of CRP have been linked with an increased risk of heart disease. CRP levels can also indicate an infection, or a chronic inflammatory disease, such as rheumatoid arthritis or lupus.

Besides looking for clues in the blood, a person’s diet, lifestyle habits and environmental exposures can contribute to chronic inflammation. It’s important to maintain a healthy lifestyle to keep inflammation in check.

Anti-inflammatory diets have become popular in recent years. The recommended foods are typical of a Mediterranean diet and include eating more fish, fresh fruits and vegetables, and healthy fats; eating moderate amounts of nuts; eating very little red meat; and drinking red wine in moderation. Like the Mediterranean diet, the principles of an anti-inflammatory diet are healthful ones and the approach is nutritionally sound.

“Anti-inflammatory food components, such as omega-3 fats, protect the body against the possible damage caused by inflammation,” said Ximena Jimenez, a Miami-based nutritionist and spokesperson for the Academy of Nutrition and Dietetics.

An anti-inflammatory diet also means staying away from foods that can promote inflammation. It’s best to minimize the amount of foods you eat that are high in saturated and trans fats, such as red meats, dairy products and foods containing partially hydrogenated oils. In addition, limit sugary foods and refined carbohydrates, such as white rice and bread. And cut back on the use of cooking oils and margarines that are high in omega-6 fatty acids, such as corn, safflower and sunflower oils.

Anti-inflammatory drugs and supplements
Currently, there are no prescription drugs that specifically target chronic inflammation, according to an article published in the Johns Hopkins Health Review.
However, there are plenty of over-the-counter and some prescription medications to treat acute, short-term inflammation. The most common ones are the over-the-counter medications known as non-steroidal anti-inflammatory drugs (NSAIDs). They include aspirin, naproxen (Aleve) and ibuprofen (Advil and Motrin).

NSAIDs work by blocking the enzyme cyclooxygenase, which produces prostaglandins, a hormone-like substance that promotes inflammation. When over-the-counter medicines aren’t effective at relieving short-term pain and inflammation, there are also prescription-strength NSAIDs.

Acetaminophen (Tylenol) is another common pain reliever, but it does not relieve inflammation, according to the National Library of Medicine.

Corticosteroids, such as cortisone and prednisone, may be prescribed for inflammatory conditions, such as asthma and arthritis. They may help suppress inflammation, but these powerful drugs also carry a risk of side effects, such as weight gain and fluid retention.

Several dietary supplements are said to have anti-inflammatory properties, such as devil’s claw, turmeric and willow bark. Although there is some limited evidence that a few natural products may provide modest benefits for acute inflammation, in general, there is insufficient evidence to support the use of many of these products for inflammatory conditions. 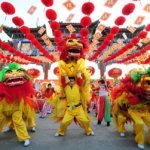 Chinese tourists flock back to Phuket in big numbers