Health and local administrative authorities in Nakhon Si Thammarat and Chachoengsao are trying to trace people who were in close contact with new confirmed cases of Covid-19.

Siriphat Phatthanakun, the governor of Nakhon Si Thammarat, said on Wednesday the provincial officials found it difficult to deal with a 33-year-old man who was on Tuesday confirmed to have the Covid-19 virus as he refused to cooperate with them in their attempts to identify who else could be at risk of contracting the virus from him recently.

The patient was being treated at Maharaj Nakhon Si Thammarat Hospital, said Dr Piya Mongkonwongrot, deputy director of the hospital.

The first 10 people who possibly had been in close contact with this patient were already tested for Covid-19 and were waiting for their test results, said the doctor.

An investigation found the patient had visited several cockfight rings between March 8 and March 14, and other smaller cockfight events in the villages he had visited, said the doctor.

The man had visited the Lumpinee Boxing Stadium in Bangkok on March 8 before he returned to Nakhon Si Thammarat and became ill, Mr Siriphat said.

Following this infection case, the province announced it would ban all types of local sports activities which involve large numbers of people coming together including cock fighting, cow fighting and fish fighting, said the governor.

In Chachoengsao province where the president of the provincial administration organisation, Kitti Paopiamsap, was confirmed to have contracted Covid-19, local authorities were requiring people who possibly had been in close contact with him to self-quarantine and contact the disease control officials by phone.

The northeastern province of Khon Kaen also decided to include cockfight rings in its order to shut venues where large numbers of people gather. 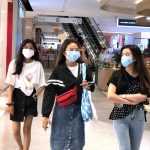 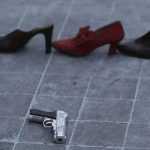